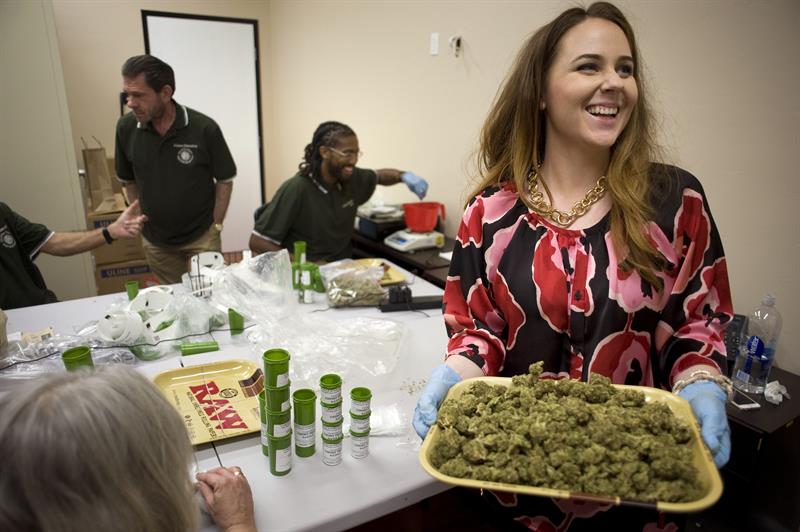 The first medical marijuana dispensary to operate with a legal permit in Orlando (central Florida) today opened its doors to serve patients listed in the Compassionate Use Record, local media reported.

The Knox Medical dispensary opened to the public with the authorization to provide low-content marijuana in THC, the psychoactive agent of this drug, picked up local WFTV channel 9.

The marijuana dispensed by the aforementioned firm, founded by Jose Hidalgo and Bruce Knox, based in the town of Winter Garden, west of Orlando, can only be purchased by those who have a prescription that validates their need to consume it for medicinal purposes.

The dispensary only offers marijuana in steam or oil format, not for smoking or edible, and the price of 300 milligrams of the product under THC is $ 45. The 600 milligrams cost $ 90.

“We are not talking about an illicit drug we sell here. It is a drug to help people in need,” he told the Knox Channel, which expressed confidence that people see the dispensary as a pharmacy.

Patients will be able to pay in cash or use credit and debit cards to withdraw their doses at the clinic, which will have security cameras and armed security guards.

Knox Medical is one of seven licensed companies to grow and sell marijuana in the state to patients on prescription, although these must be under the supervision of a physician at least three months before being eligible for consumption.

Some 800 doctors are authorized to prescribe cannabis use in the state of Florida, a hundred of them in Orange County, where Orlando sits.

Amendment 2 passed last November by 71% of Florida voters allows the use of high-potency cannabis for medical treatment of chronic pain or diseases such as Parkinson’s, glaucoma or HIV / AIDS, among others, but state lawmakers do not Have yet to decide how to put it into effect. EFEUSA