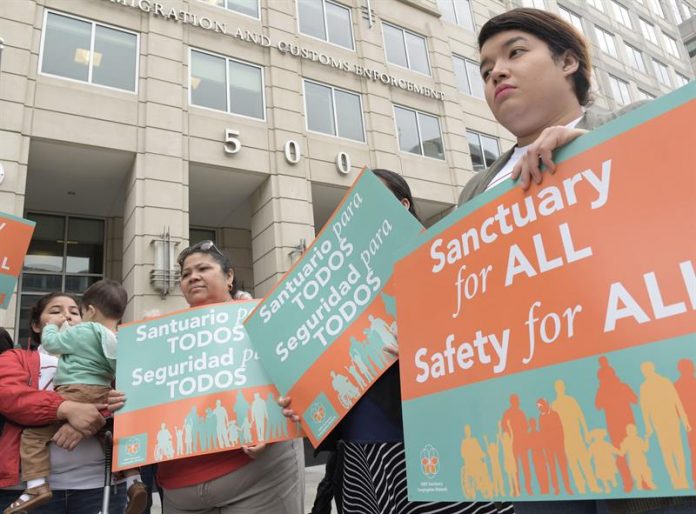 The House of Representatives of Illionois approved today the TRUST law that will turn the whole state into sanctuary of immigrants.

In a special session, the lower house voted 69 in favor, 42 against and 7 abstentions an initiative that will be submitted this week to the Senate and if approved, will be promulgated by state Gov. Bruce Rauner.

As has been the case in Chicago for 43 years, throughout Illinois, the police will not be able to question the immigration status of the people, or stop them because they are undocumented.

The law creates “safe zones” where Immigration and Customs Enforcement (ICE) agents will not be able to enter, such as schools, churches and hospitals, unless they file a warrant for arrest.

Also, no Illinois police department should work with ICE on immigration enforcement through the controversial Safe Communities and 287g programs, revived by the Trump Administration.

Alien registration based on nationalities or religions, such as the one proposed by the president for Muslims, is also prohibited, and the use of private prisons to detain undocumented migrants pending deportation.

Today, Chicago and other cities in Cook County have been declared a sanctuary for undocumented immigrants, and have therefore been required by the Department of Justice to enforce the laws, but protection does not reach the rest of the state.

According to the Illinois Coalition for Immigrant and Refugee Rights, once the law has been passed by both chambers of the Legislative Assembly, this state will have the clearest distinction between the work of local police and immigration officers .

“The whole nation is watching us, we have adopted a safeguard that is increasingly needed so our immigrant communities can live without the risk of deportation,” said Democratic Rep. Lisa Hernandez, one of the law’s sponsors.

“Donald Trump’s anti-immigrant rhetoric must be addressed,” he added.