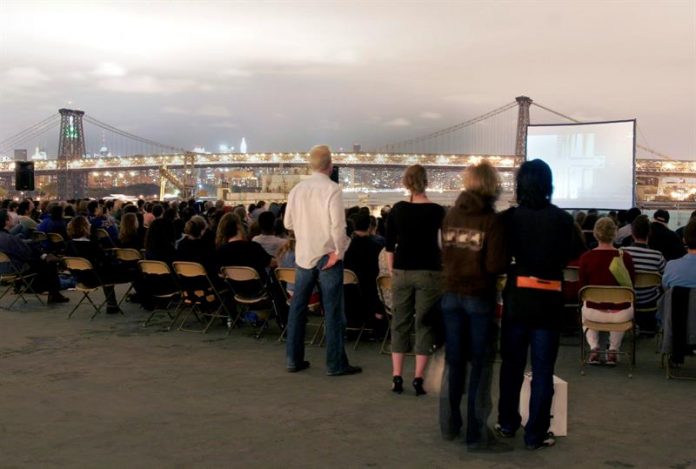 The city of skyscrapers hosts a new edition of the independent outdoor film festival with which the nonprofit “Rooftop Films” claims to attract 46,000 spectators each year.

The festival’s artistic director, Dan Nuxoll, has been engaged for twenty years in organizing a project that was born in 1997 after filmmaker Mark Elijah Rosenberg prepared a screening with his college friends on the roof of his apartment in New York Of Chelsea.

Nuxoll assured Efe that “Rooftop Films” has managed to maintain the initial spirit of the project, whose fundamental objective is “to support independent filmmakers”.

Encouraging the visibility of alternative projects and being a space of convergence for filmmakers, artists, neighbors and spectators are the elements that characterize a festival that each year manages to mobilize 46,000 spectators, according to the organizers announce.

“We offer new, exciting and innovative films” and, in general, independent film projects that “no one else is developing,” Nuxoll said.

It also recognizes that in the last 20 years the supply of outdoor cinema has grown dramatically in New York City. However, it believes that “Rooftop Films” does not have direct competition.

“We focus on independent movie releases, which have not been projected before in theaters, and no one is doing anything like that,” said Nuxoll.

Each year the organization receives proposals from hundreds of filmmakers from around the world and selects 150 for their screening at the festival during the summer months.

“Rooftop Films,” says the art director, pretends that movie evenings are “as fun and exciting as possible” in an atmosphere that he describes as “inclusive and informal.”

This philosophy has led them to include in the program of the festival, activities of a very different nature, around the projections, turning the cinematographic experience into an authentic social celebration.

The festive atmosphere of the screenings attracts an audience that Nuxoll defines as mostly “young and very open minded”, although recognizes that the profile of attendees varies depending on the neighborhood in which each event is held.

This year the season was inaugurated on Friday, May 19 with the screening of a selection of 9 short films in the converted cultural space of the Old American Can Factory, in the Brooklyn neighborhood of New York.

In its quest to support the work of independent filmmakers, the organization allocates one dollar, out of the 15 that costs the entry, to the financing of the film projects of the participants of past editions.

In addition, it offers the possibility of renting material so that the creators can make their proposals.

The films of “Rooftop Films” will be available until the end of August, in an edition for which Nuxoll said “there are many surprises prepared”.
Ana Hidalgo