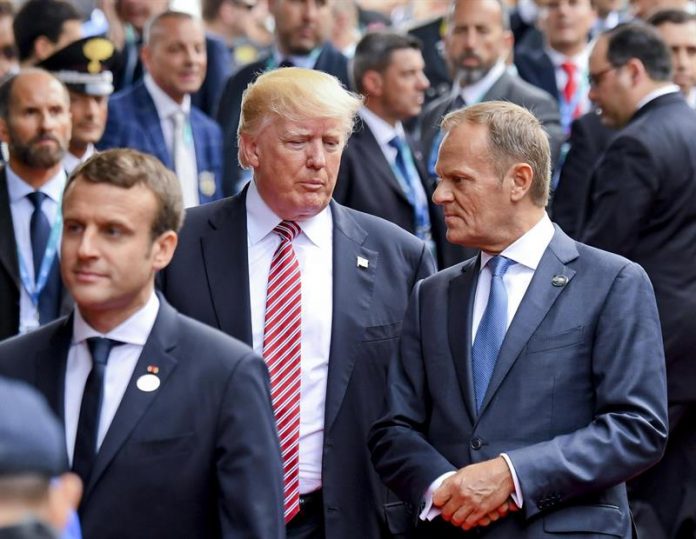 European Council President Donald Tusk today urged the unity of the G7, which meets in the Sicilian city of Taormina, and said that this summit will be “one of the most difficult” due to the divergences of its members on some issues.

“The European Union (EU) will work towards unity and will do everything possible to reach an agreement. There is no doubt that it is one of the G7’s most difficult,” said the Polish politician at a press conference in Taormina, President of the Commission, Jean-Claude Juncker.

Tusk expressed his hope that the G7 will show “unity” and get rid of “a stance in favor” of sanctions against Russia over the conflict in the Crimea.

He also called for unity of the G7 and the international community to combat international terrorism and specifically the Islamic State (EI).

“They must be tough, even brutal against the EI,” warned the EU president from Taormina, adding that the fight against this scourge will be the “central theme” of the sessions that the G7 will hold on Friday in the Sicilian town.

He also called for cohesion in relation to “the most important objective”, which is related to the migratory crisis and stressed that this problem is “a global and not local issue”.

And he recalled that in Sicily, where hundreds of immigrants arrive each day after being rescued in the central Mediterranean, this is “a real problem”.

“We hope to convince our new colleagues around the table,” he said.
Tusk’s fears stem from the possible divisions that could arise in this G7, with four new members: US President Donald Trump; Emmanuel Macron, and the Prime Ministers of Italy and the United Kingdom, Paolo Gentiloni and Theresa May.

But the differences could come especially from the US administration, which is currently reviewing its stance on foreign trade or environmental protection.

Meanwhile, European Commission President Jean-Claude Juncker, who also appeared at a press conference, said that this G7 “will be tremendously interesting because it will allow us to meet new colleagues.”

He stressed that the EU, above all, believes “in an open society that builds bridges and not walls”.

Contrary to the protectionist theses defended from Washington, Juncker denied that “globalization is a threat” and assured that it is “an opportunity”.

To defend his argument, the Luxembourger explained that a third of the income of the EU comes from its trade with the world, something that creates jobs.

And he said that this year, in the “twenty-seven plus one” EU countries (plus UK), “jobs will grow, which will improve public finances.”