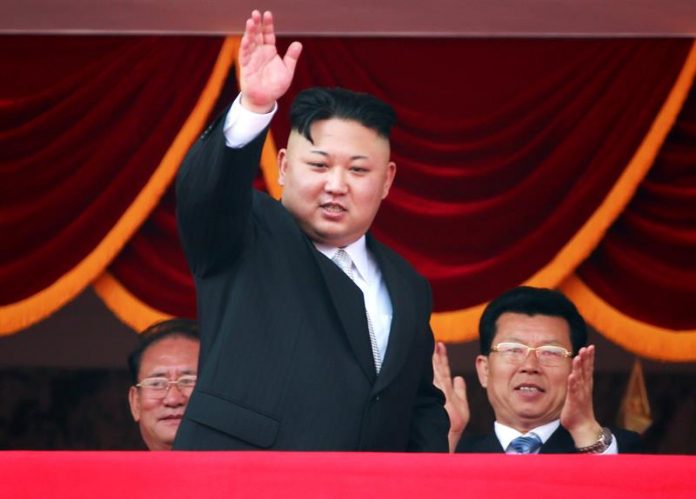 President Donald Trump called North Korean leader Kim Jong-un “crazy with nuclear bombs” in a telephone conversation with Philippine President Rodrigo Duterte, according to a transcript of the call obtained by The Washington Post.

The conversation took place on April 29, just days before Trump publicly said he would be “honored” to meet with the North Korean leader.

In the call, Trump asked Duterte for his opinion on Kim’s behavior to know if the North Korean was “stable or not stable” and also expressed some satisfaction for the failure of ballistic missile tests launched by Pyongyang and considered as a Bet on its nuclear program.

“All their rockets are crashing, that’s good news,” Trump said in a transcript of the conversation with Duterte, made by the Philippine government on May 2 and whose content was revealed on Tuesday by The Washington Post.

In response to Trump’s comments, Duterte said that Kim “is playing with his bombs, his toys,” and felt that “his mind is not working well and could go crazy at some point.”

At that point, according to The Washington Post, Trump boasted that the United States has “a lot of firing power there” with several military teams, including “two nuclear submarines”, sent to the Southeast Asia region by the Pentagon last month.

Later, during the call, Trump again referred to the tensions with North Korea and considered: “We can not allow a madman with nuclear weapons to do what he wants that way. We have much more military capacity, more than he has He, 20 times more, but we do not want to use it. ”

The transcript of the White House on the call between Trump and Duterte does not include so many details and only explains that the leaders talked about the “threat posed by North Korea.”

In addition, according to the White House, Trump invited Duterte to visit Washington and both discussed a meeting that will hold in November in the Philippines leaders of the United States and the Association of Southeast Asian Nations (ASEAN), which celebrates half a century of existence.

For the moment, Duterte has not said whether he accepts the invitation of his American counterpart to visit the White House.

Donald Trump’s government is seeking to garner support among countries in East Asia and Southeast Asia, such as the Philippines, to further isolate North Korea at a time of growing tension over missile testing and advances in the nuclear program Of the Kim Jong-un regime.

In fact, escalating tensions on the Korean peninsula has become one of the top security threats for Donald Trump.

In the last month, the president has insisted on leaving the door open for a military action in North Korea, although he has said he prefers a diplomatic solution with Pyongyang and has expressed confidence in the mediation of Chinese President Xi Jinping to calm The tensions.

In early May, Trump even said he was ready to meet with North Korean leader Kim Jong-un “under the right circumstances,” although White House spokesman Sean Spicer later qualified the conditions for that Encounter are possible are not currently given.

However, on 14 May, North Korea conducted a new test launch of a ballistic missile, the first since April 29 and apparently successfully executed.

In response, USA Warned North Korea that its latest test of a ballistic missile is not the way to a possible dialogue.