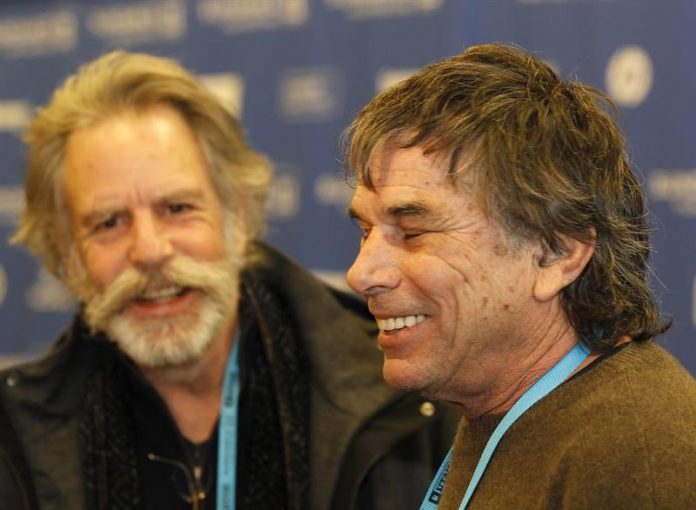 The great legend that accompanies the Grateful Dead, famous for its long concerts and his taste for endless improvisations, has found in “Strange Trip” a documentary to his measure thanks to four hours of footage that explore each corner of This mythical rock band.

Directed by Amir Bar-Lev and with such a music lover as Martin Scorsese involved in the production, “Long Strange Trip” will be released in the United States on May 26 after his applauded appearance at the Sundance Independent Film Festival.

The protagonists of this documentary marathon are the musical and vital adventures of the Grateful Dead, a group that from its beginnings in the San Francisco hippie and psychedelic conserved a magic halo for years thanks to the freedom of its music and its intimate connection with its followers.

“For decades, when the Deadheads asked them what was so special in the band, they would simply respond to something like, ‘I can not explain it, you have to go to a concert to understand it.’ ‘I wanted to challenge myself To do something better than that, “said Amir Bar-Lev in a promotional interview provided by the producer.

Headed by guitarist and singer Jerry Garcia, a leader who did not want to be one, Grateful Dead was formed in the 60s in the streets of Haight-Ashbury, San Francisco neighborhood from which the Californian counterculture sent the world its messages of love , Peace and revolution.

“Long Strange Trip” portrays the communal beginnings of the band and their interest in experimenting and launching into the unknown also beyond music.

As a result of those years, in which García claimed that the group was committed to “the human race take a step forward,” discs appeared as “Aoxomoxoa” (1969), sound incursions in the psychedelic waters that tried to reflect, still Very well, the charisma that the band gave on stage.

With audacious musicians such as Bob Weir, Phil Lesh and Bill Kreutzmann in their lineup and a bet on the most radical aesthetic freedom, Grateful Dead lined up their sound on recordings as they approached rock, folk and blues on such major records as “Workingman’s Dead “And” American Beauty “(both 1970) or the live album” Europe ’72 “(1972).

The documentary shows his obsession to make the concerts were unrepeatable experiences, not only by investing huge sums in improving their sound equipment but also by risking recitales of three or four hours in which improvised without ceasing.

“Long Strange Trip” also underlines the role of drugs in the group, from their enlightening experiences with acid in the early Grateful Dead to the emergence of cocaine and heroin in later decades.

However, in spite of the exhaustive story of the film, it is surprising that in four hours there is no talk of sex in a band that spent their lives on the road, or no mention of possible scolding among the musicians.

In the same vein, “Long Strange Trip” focuses so much on examining every step of the Grateful Dead that it hardly situates them as part of a scene or in comparison with other contemporary artists.

In what spares no effort the tape is in reflecting the passion of the Deadheads, the followers of Grateful Dead and probably one of the most peculiar communities of fans of rock.

The fidelity of these admirers, who traveled thousands of kilometers following the band, had its maximum exponent in its liking for recording in pirate tapes and in detail the concerts of its idols.

Grateful Dead members, instead of rejecting this practice, encouraged their fans to record their performances, which now makes them one of the best documented rock bands in history with a virtually endless archive.

In the 1990s Grateful Dead achieved a surprising popularity that led them to enter $ 285 million for their tours in that decade, only behind The Rolling Stones worldwide.

“In the popular imagination, the Grateful Dead has become synonymous with a cheerful, carefree attitude, when in reality its iconography was mostly about death … But, and this is crucial, I think that all went with a Purpose of affirming life, “concluded Amir Bar-Lev about this unique band.