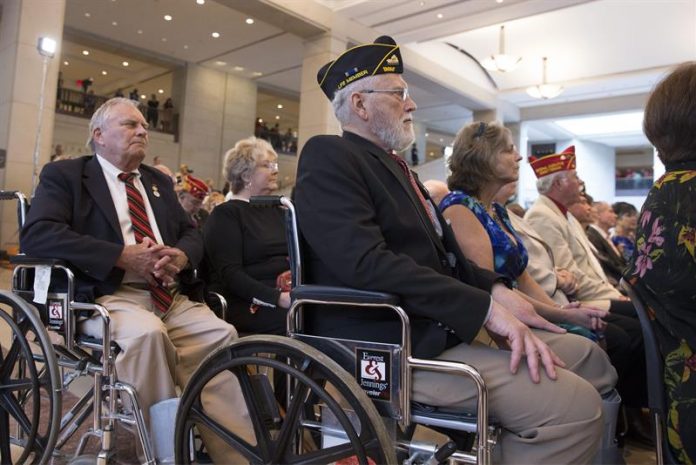 Seventy World War II and Korean War veterans living in Florida were honored today at the Miami International Airport, where dozens of people and local authorities gave them a massive reception.

Between posters and gestures of welcome offered by some 400 people and local authorities gathered in an airport terminal, the veterans received a loud reception of gratitude on the part of those attending the event.

The ex-combatants had left for Washington this very morning on the 1941 flight, a name that refers to the year the United States entered World War II, and in the capital they visited monuments in honor of the combatants of those warlike conflicts.

Landed in Miami on the 1945 flight, the year the Second World War ended, the honorees were received in a double and extensive welcome line arranged along an airport corridor, where attendees, many of them minors , Gave applause, hugs and posters allusive to their patriotism.

Coordinated by Honor Flight South Florida, which periodically organizes tours of veterans’ groups to the US capital, some of those who participated in today’s edition trod Washington for the first time in their lives.

The honorees, many in wheelchairs and visibly excited, received packages of thank-you letters that had been collected by airlines and community organizations, as well as hats and other gifts.

The veterans expressed their gratitude and surprise at the crowd’s welcome, and members of the honor guard of the US Immigration and Customs Enforcement (ICE) and the Miami-Dade Police Gave a reception as “heroes of the nation”.