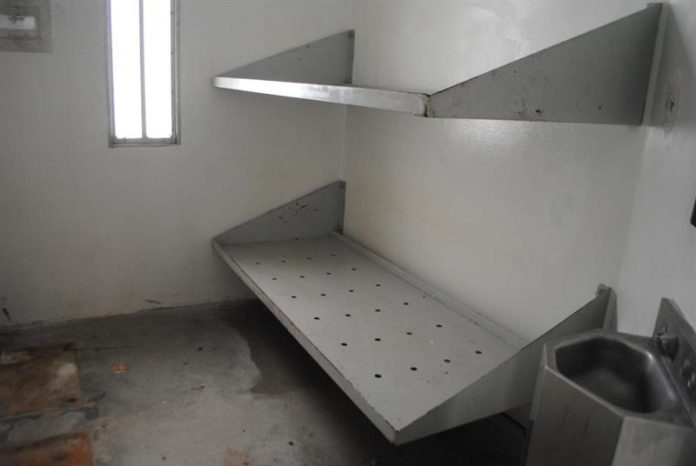 The Orange County Board of Supervisors in California approved today to increase 120 beds in the contract with the federal immigration authorities to house detainees in a local jail.

The addition approved today brings to a total of 958 beds available at Theo Lacy jail facility in the city of Orange, with an agreement that will be in effect until July 19, 2020.

“We have the beds, they have the money, it’s a good thing for Orange County taxpayers,” Tom Dominguez, president of the County Sheriff’s Association, said in a statement today.

However, the decision of the board faces criticism for complaints of health problems, food and hygiene, so the activists on hearing the vote today shouted “Shame! Shame!” Forcing board members to continue their meeting behind closed doors.

The extension of the contract requested by chief of staff Sandra Hutchens means an additional income of $ 5 million annually for the county added to the approximately 31 million currently received by the authorities for housing up to 838 detainees for immigration authorities.

The measure also favors the families of immigrants, as Theo Lacy’s facilities are in the metropolitan area, accessible to several cities around, rather than further away, such as Bakersfield or San Diego.

A report in March by the Office of Inspector General of the Department of Homeland Security found that poor food was served in jail, showers were dirty and there was mold on the premises.

Sheriff Hutchens denied serving poor food and assured that the other unhealthy conditions had been properly corrected.

As Orange County expands its capacity to house immigration detainees, the last undocumented immigrants were detained yesterday at the Santa Ana County jail in the same county.

Santa Ana decided three months ago to cancel its contract with the immigration authorities to house detainees.

Today’s increase causes Orange County to recover about 60 percent of the lost spots in Santa Ana.

The state of California is currently considering a measure that would prohibit, among other things, collaboration with federal authorities by establishing contracts to house immigration detainees.