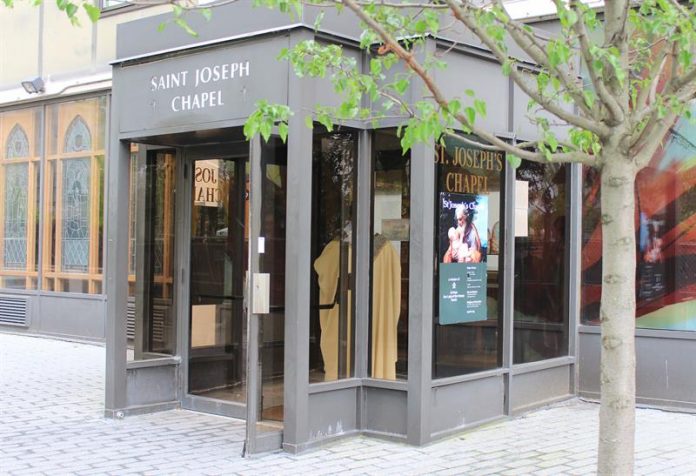 The Saint Joseph chapel survived the terrorist attacks of September 11, but this humble refuge that sheltered victims and heroes of the worst attack on the United States is now in danger of disappearing, drowned by the price of its rent in the revitalized south of Manhattan.

Located less than 500 meters from the site of the Twin Towers, the small Catholic shrine became a makeshift command center for the rescue teams after the attacks and provided shelter for victims and others who needed A space for reflection.

“I’m devastated,” Justine Cuccia, a parishioner who struggles with the closure of the chapel from the local district agency, told Efe, saying the Church is “disappointing” her community. “They promised not to forget and they are forgetting,” he added.

The accounts of Saint Joseph have for several years been a burden for the parish of the south zone of Manhattan to which it belongs, next to the churches of Saint Peter and Our Lady of the Rosary, and of which also it is borrower.

“The rent used to be $ 85,000 a year and increased in March 2014 to about 265,000.It’s absurd, it should never have happened,” explained Cuccia.
The chapel will have to disburse at least 292,000 dollars this year for rental expenses to the real estate firm LeFrak, which manages the residential complex where it is located.

According to last year’s balance sheet, the entire parish had a deficit of $ 754,972, driven largely by the Saint Joseph Chapel, whose rental costs – including fines and taxes – amounted to 369,000 while their income was only about 164,000.

The archdiocese of New York, which encompasses the five districts of the city, lent $ 540,431 to the parish, bringing the total debt to the religious body to $ 1.3 million.

LeFrak and the parish negotiate a reduction in rental prices these days, but even so, the amount could be too high to overcome “significant operating losses” which, according to the parish financial council, “are not sustainable.”

Saint Joseph, founded in 1899 and integrated in the first Catholic parish of New York State, has the symbolic burden of having been the scene of the tragedy New York and protagonist in the return to its normality.

Firefighters, policemen and masons who worked in the reconstruction of the “zero zone” returned for weeks to this chapel dedicated to the patron saint of the workers to shower, to eat, to rest, to unite and to find some peace in the middle of the smoking chaos that awaited them Two blocks beyond.

The sanctuary, which houses a Catholic memorial in honor of the victims and heroes of 9/11, reopened its doors on September 11, 2003 after a period of reparations inside, during which Mass was held in a building Near Rector Place.

“I can not go to the September 11 Memorial that is crossing the street, it’s too sad, and I want a place to remember and honor people who lost their lives.” This chapel is the place to do it, “claims Cuccia, For whom “it is simply not fair to get rid of it”.

Almost fifteen years after reopening, this humble church that serves about two hundred families in the Battery Park area fears looting for lack of funds while other religious centers in the surrounding area tell a different story.

This is the case of the Greek Orthodox Church of St. Nicholas, which suffered the collapse of the second tower of the World Trade Center and is being rebuilt next to the Memorial of 11-S under the design of the Valencian architect Santiago Calatrava, an architectural project of about 35 millions of dollars.