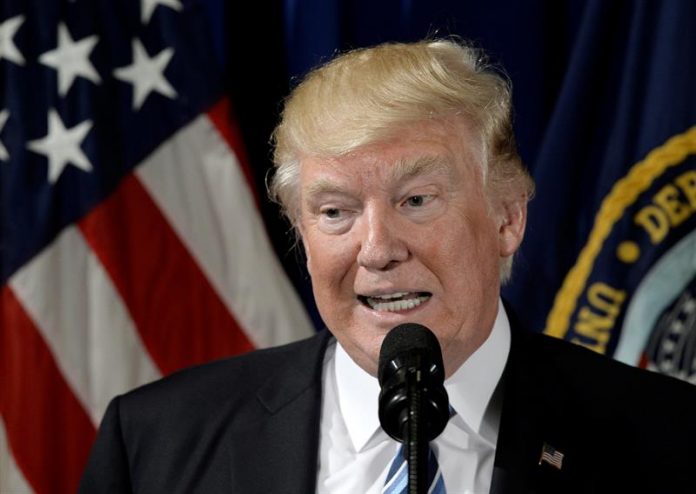 In a statement, Trump’s presidential campaign, which is still active despite the incumbent president, said that both CNN and ABC, CBS and NBC have “blocked” the announcement, produced by that campaign and made Propaganda of the President’s measures in his first 100 days in power.

Lara Trump, daughter-in-law of the president and spokeswoman for her campaign, said in the statement that “general media seemingly only promote the First Amendment (of the US Constitution, which guarantees freedom of expression) when it suits their own political ideas”.

“This is an unprecedented act of censorship in the United States that should concern all citizens who love freedoms,” said Lara Trump.

The refusal to issue the announcement is due, at least in the case of CNN, to the expression “false news” over images of presenters of that television network, MSNBC (subsidiary of NBC), CBS, ABC and PBS, the American public channel.

The ad was sent to the networks for broadcast on Monday, and on Tuesday, CNN announced it would not broadcast it unless “the advertiser removes the fake graphic that says the general media are ‘fake news’.”

“According to our policy, we will only accept it if that graph is removed.” These are the facts, “CNN’s public relations department said in a statement.” The media are not ‘false news,’ so the announcement is false. Tuit on Tuesday.

Since his election campaign, Trump has waged a war with the media, accusing them at their rallies of giving a biased coverage, and has continued that line since coming to power, calling them “the enemy of the people.”

The only major cable TV network that escaped criticism of the president’s campaign was conservative Fox News, Trump’s favorite, who on Thursday congratulated Twitter’s “Fox and Friends” morning show on Twitter. His “incredible rise in audience data.”