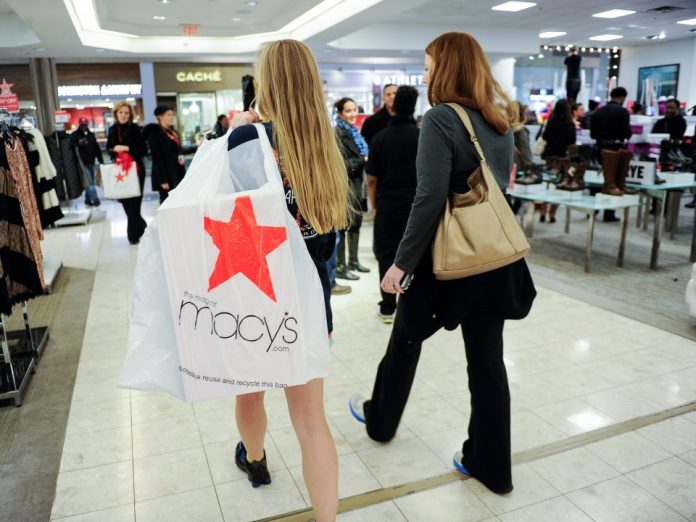 Amazon (AMZN) is an easy source of blame for the ongoing wave of store closures happening at bricks-and-mortar chains.

But according to Macy’s (NYSE:M) CFO Karen Hoguet, there’s a bigger competitive threat challenging her company’s business over time: off-price.

As chains like Macy’s and J.C. Penney (JCP) remove 100 or more stores from their fleets, TJX (TJX), Burlington (BURL) and Ross (ROST) are on the expansion track. Their stores are resonating with shoppers because of their constantly changing inventory, as well as their consistently low prices, Hoguet said at the UBS Consumer & Retail Conference in Boston on Wednesday.

To fight back, Macy’s is taking a page out of those chains’ books.

“I think you’re going to see more of that enter into the Macy’s logic,” she said.

Macy’s has already started rolling out two off-price strategies to help boost its business. The Backstage concept operates as a pure off-price shop akin to Marshalls or T.J. Maxx. Macy’s has been building standalone locations for Backstage, as well as dedicating branded sections in its stores for the inventory.

Meanwhile, the department store has tweaked its traditional strategy of marking down clearance goods on the main sales floor, in favor of sectioning off an area meant strictly for these goods. Those sections, called Last Act, have helped Macy’s clear through dated inventory quicker and at better prices, Hoguet said.

Despite leaning into some of the strategies that have helped off-price retailers thrive, Hoguet said Macy’s stores will always incorporate promotions. That’s even as vendors like Michael Kors (KORS) opt to sit out of its prolific Friends and Family sales. One example of how the chain could tweak its strategy is by better incorporating its loyalty program on these types of exclusionary purchases, Hoguet said.

“Customers typically don’t need most of what we sell, and there is a psychology that loves that promotion,” Hoguet said. “Every time we try to say to a customer group, ‘What if we didn’t have coupons?’ The answer is, ‘We hate them. But whatever you do, don’t take them away.'”