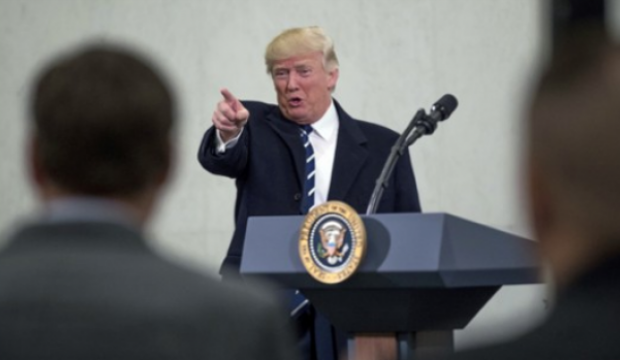 President Donald Trump has inherited a stable economy but a government that faces a worsening debt and deficit picture, congressional analysts said Tuesday.

The estimates from the nonpartisan Congressional Budget Office say the economy will hold relatively steady, with economic growth rising slightly to 2.3 percent this year and unemployment averaging less than 5 percent for the duration of Trump’s term. It expects the budget deficit for the current year to register $559 billion, roughly the same as last year’s.

The latest CBO figures are in line with previous projections. The deficit continues to be an intractable problem that would steadily worsen over time and CBO continues to warn that such rising deficits and debt “would have significant consequences” and act as a drag on the economy if left unchecked.

CBO Director Keith Hall told reporters that Trump doesn’t face the immediate crisis that Obama was dealt but that Trump is facing a more difficult long-run budget picture as the debt has jumped under Obama’s watch.

“We have some real economic growth challenges going forward but we’re not in the sort of crisis that existed eight years ago,” Hall said. “However, with respect to the budget, the debt is now significantly higher.”

The report said that “after declining for several years, federal budget deficits are on a path to rise during the next decade.”

The projections come as Trump and Republicans controlling Congress are working to repeal much of President Barack Obama’s signature health care law, boost the Pentagon budget, and reform the loophole cluttered tax code.

Balancing the budget would require crushing cuts to domestic agencies and big health programs like Medicare.

Trump’s nominee to run the White House Budget office, Rep. Mick Mulvaney, R-S.C., testified before the Senate Budget Committee Tuesday morning. His remarks offered few clues about the direction the new administration will take in tackling the deficit. Trump has made clear that he’s not interested in unpopular cuts to Medicare and Social Security, though reductions in the Medicaid program for the poor, disabled and elderly are being contemplated.

For Trump, however, CBO says that “the economy will grow, during the coming decade, at roughly the modest rate observed since the end of the 2007-2009 recession,” the report says. But there’s also the risk of a downturn in the economy after a recovery that spanned Obama’s tenure.

Economists generally prefer to measure the deficit against the size of the economy. By that gauge, the current-year deficit would register 2.9 percent of gross domestic product, a level that many economists say is sustainable, at least in the short term. But deficits would gradually rise as a percentage of GDP, which CBO warns could provoke a debt crisis in coming years and limit the options of policymakers to respond to unanticipated challenges.

Budget Committee Chairman Diane Black, R-Tenn., called the latest study “Obama’s legacy of an unsustainable national debt and an economy that’s leaving too many people behind.”

Black promised that Trump and the Republicans controlling Congress “are preparing pro-growth legislation that will get our economy moving at full steam again and tackle our fiscal problems head-on.”

The health insurance markets created under so-called “Obamacare” will average 10 million customers a month signed up this year, CBO said. That’s fewer than the congressional agency had previously estimated and also less than what the Obama administration projected, an average of 11.4 million a month. Medicaid expansion — the other arm of Obama’s program — will cover an average of 12 million people a month this year, CBO said.

As far as whether the health law is in a “death spiral” as Republicans charge, CBO is predicting smaller premium hikes going forward than the 21 percent jump, on average, plans announced last year. Deputy CBO Director Mark Hadley said the big jump reflected updated information about plan participants’ actuarial data but that “we expect going forward that (premium increases) … would be more on the range of 5 or 6 percent.”