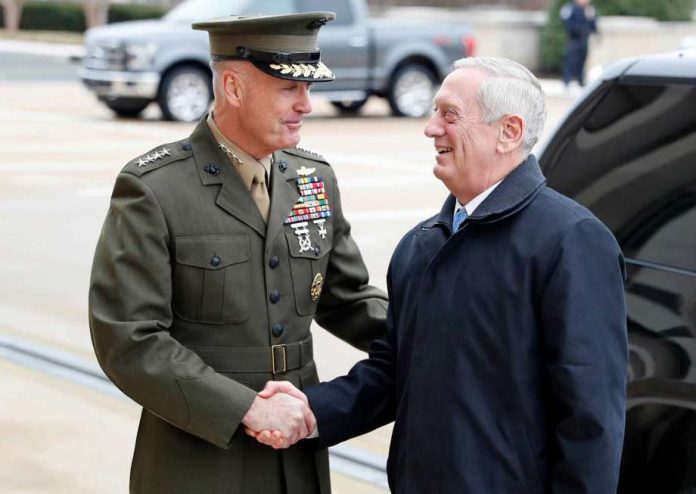 NATO Secretary-General Jens Stoltenberg’s office said Tuesday that the two men “agreed on the fundamental and enduring value of NATO for the security of both Europe and North America.”

In a phone call, they looked forward “to working together to strengthen the alliance, including by increasing defense spending and doing even more to fight terrorism.”

Trump has said that NATO is “obsolete.” He has upset allies by suggesting he might refuse to defend those not spending 2 percent of gross domestic product on military budgets.

The U.S. spends more on its armed forces than the other 27 NATO member states combined. It also pays a significant portion — just over 22 percent — of NATO’s commonly funded budget.

Stoltenberg and previous secretaries general have been urging allies to step up spending for years.

Only four other countries — Britain, Estonia, Greece and Poland — meet the 2 percent spending target. Many are increasing their budgets, mostly out of necessity in response to aggressive action by Russia, like its military ventures in Ukraine and Georgia, unannounced war games and the buzzing of allied ships and planes by Russian jet fighters.

Trump has also said that NATO must do more to combat terrorism, even though allies deployed thousands of soldiers to Afghanistan in response to the Sept. 11 attacks.

Mercier said NATO wants to revamp its approach to counter-terrorism, in part by helping countries under threat to develop long-term plans to fight extremists.

Mattis was sworn in Friday. He will meet his NATO counterparts and Stoltenberg on Feb. 15-16 in Brussels.