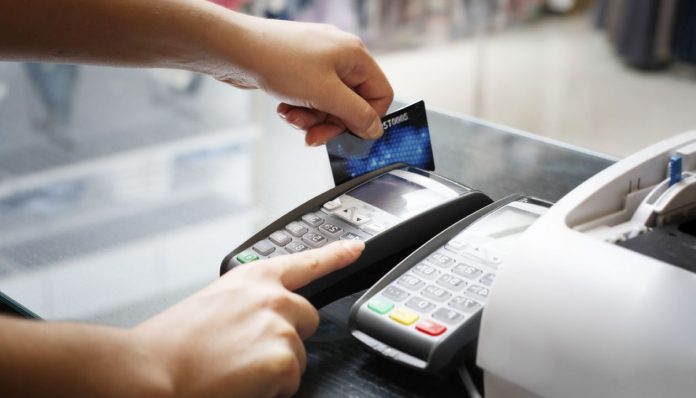 If you pay a different price for a haircut using a credit card rather than cash, what is that price called? It may seem like splitting hairs, but it’s an important free speech matter in front of the Supreme Court on Tuesday.

he commercial speech case of Expressions Hair Design v. Schneiderman hasn’t gotten a lot of headlines, but it has drawn the attention of an eclectic group of scholars and experts debating the difference between two words.

The case involves the constitutionality of laws in New York and nine other states that allow merchants to charge higher prices to customers who pay with a credit card rather than with cash. The merchants do so to recoup money paid to credit card companies who charge swipe fees for a credit-card transaction.

Merchants such as Expressions are barred from using the word “surcharge” when informing customers about the price difference. Instead, the word “discount” must be used in New York when referring to a cash payment. And under New York law, merchants who use the word “surcharge” in these scenarios face a fine and up to one year in jail for their choice of nouns. Joining Expressions in the case are other merchants, including Brooklyn Farmacy & Soda Fountain Company, Five Point Academy and Patio.com.

The question in front of the Court is this: “Do state no-surcharge laws unconstitutionally restrict speech conveying price information or do they regulate economic conduct?”

The Court considered the case in private conference on September 26 and granted it for arguments just three days later. Undoubtedly helping the case get its court date were two other federal court rulings on the same matter.

The Expressions ruling was made by the Second Circuit Appeals Court. A district court had ruled in favor of Expressions, which wanted to use the word “surcharge” posted on a sign as a more effective way of getting customers to pay cash. The Second Circuit Appeals Court overturned the lower court ruling, saying the state law regulated prices, and not speech, and it wasn’t subject to a higher level of legal scrutiny required in free speech cases.

However, a similar case was decided in Florida, where the 11th Circuit Court struck down a Florida law similar to the New York statute, ruling that barring the use of certain words targeted free speech alone. Then, the Fifth Circuit Court upheld a no-surcharge law in Texas, creating a clear split among lower federal courts.

Since September 29, a steady stream of briefs on both sides of the case from free speech scholars and business interests has been submitted to the Court. Supporting the petitioners are the Institute for Justice, the Cato Institute, supermarket heavyweight Ahold USA (represented by legal heavyweight Paul Clement), a group of prominent First Amendment legal scholars and also a group of behavioral economists. The economists claimed that based on experiments, consumers were more likely to use a credit card when the word “surcharge” wasn’t describing the transaction.

On the side of New York state are the Constitutional Accountability Center, various health law, labor and environment scholars, the National Governors Association, several Credit Union groups, and Florida attorney general Pamela Bondi. They argue that applying a strict free speech definition to credit-card transaction laws is wrong because the laws just regulate commercial conduct and they have an incidental effect on free speech, and an expansive ruling would lead to greatly expanded lawsuits. Also, a separate group of behavioral economists dispute the findings of the group that supports Expressions.

A brief from the United States Attorney General’s office doesn’t side with either group. Instead, Acting Solicitor General Ian Gershengorn wants the Second Circuit Appeals Court decision remanded to a lower court, to decide a different issue. Gershengorn believes the New York law and the lower courts didn’t address a scenario where credit card and cash prices would be displayed next to each other at a business, which would be “a valid consumer-disclosure regulation” based on a prior federal law.