FORT LAUDERDALE, Fla. (AP) — The Latest on a deadly shooting at the Fort Lauderdale international airport (all times local):

A law enforcement official says the Florida airport gunman told the FBI in November that the government was controlling his mind and was forcing him to watch Islamic State group videos.

The official was not authorized to discuss an ongoing investigation by name and spoke Friday on condition of anonymity.

The official says agents in Anchorage completed their interview with 26-year-old Esteban Santiago and called the police, who took him for a mental health evaluation.

The FBI’s Anchorage field office said in a statement that it was aware Santiago was an Anchorage resident and that it was assisting in the investigation, but it declined to comment further.

An authority says the suspect in a deadly shooting at a Florida airport flew out of Anchorage, Alaska.

Jesse Davis is chief of police at Ted Stevens Anchorage International Airport. He told The Associated Press that 26-year-old Esteban Santiago flew out of Anchorage, Alaska, on a 9:52 p.m. Delta flight Thursday, and that a firearm was his only piece of checked luggage. He says Santiago flew from Anchorage to Minneapolis-St. Paul and on to Fort Lauderdale.

Davis said Santiago didn’t call attention to himself and “as far as we can tell” traveled alone, but he said the investigation is ongoing.

Davis noted that it’s not usual for travelers at the Alaska airport to check firearms because many people hunt. 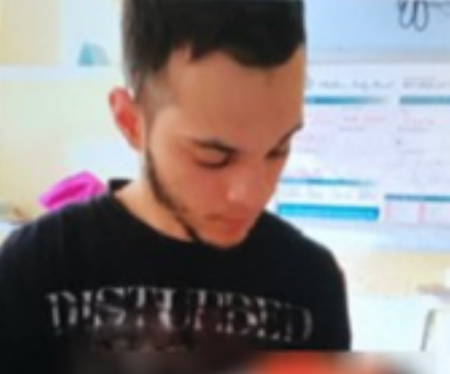 A military spokeswoman says the suspect in a deadly shooting at the Fort Lauderdale, Florida, airport received a general discharge from the Alaska Army National Guard last year for unsatisfactory performance.

Lt. Col. Candis Olmstead did not release details about 26-year-old Esteban Santiago’s discharge in August 2016. Olmstead said that he joined the Guard in November 2014.

Puerto Rico National Guard spokesman Maj. Paul Dahlen said that Santiago was deployed to Iraq in 2010 and spent a year there with the 130th Engineer Battalion, the 1013th engineer company out of Aguadilla.

Olmstead also said that Santiago had served in the Army Reserves prior to joining the Alaska Army National Guard.

Florida Gov. Rick Scott has arrived at the Fort Lauderdale airport and is asking people to pray for the families of those slain and wounded in a mass shooting at a baggage claim area.

Scott said Friday during a news conference that he had reached out and spoken several times to President-elect Donald Trump and Vice President-elect Mike Pence and they promised to help with whatever resources the state needs.

Trump doesn’t officially take over the White until later this month, so it’s not clear what sort of federal resources he could authorize.

Scott, a Republican like Trump and Pence, said he didn’t call President Barack Obama, a Democrat, and he hadn’t spoken with him.

White House National Security Council spokesman Ned Price says Obama was briefed about the shooting and will be kept updated.

Scott did not answer questions about gun rights, instead saying it was not the time to be political.

The brother of the man who has been tentatively named as the suspect in a deadly shooting at a Florida airport says the suspect had been receiving psychological treatment while living in Alaska.

Bryan Santiago tells The Associated Press that his family got a call in recent months from 26-year-old Esteban Santiago’s girlfriend alerting them to the situation.

Bryan Santiago said he didn’t know what his brother was being treated for and that they never talked about it over the phone.

He said Esteban Santiago was born in New Jersey but moved to the U.S. territory of Puerto Rico when he was 2 years old. He said Esteban Santiago grew up in the southern coastal town of Penuelas and served with the island’s National Guard for a couple of years. Puerto Rico National Guard spokesman Maj. Paul Dahlen said that Santiago was deployed to Iraq in 2010 and spent a year there with the 130th Engineer Battalion, the 1013th engineer company out of Aguadilla.

Sen. Bill Nelson of Florida said that the gunman was carrying a military ID that identified him as Esteban Santiago, but that it was unclear whether the ID was his. Nelson gave no further information on the suspect.

A spokeswoman from the Canadian Embassy says the suspect in the shooting at the international airport in Fort Lauderdale has no connection to the country and did not fly to Florida from there.

Embassy spokeswoman Christine Constantin said in an email to The Associated Press that the suspect did not travel from Canada and was not on an Air Canada flight. She says the suspect has no connection to Canada.

The shooting happened at the airport’s terminal 2, where Air Canada and Delta operate flights. Five were killed and eight wounded.

Constantin’s email says, “We understand from officials he was on a flight originating in Anchorage, transiting through Minneapolis and landing in Ft. Lauderdale.”

A county official says the Fort Lauderdale airport shooter pulled a gun out of a checked bag, loaded in a bathroom and started shooting, killing five people and wounding at least eight.

Chip LaMarca, a Broward County commissioner, was briefed on the airport shooting by Broward Sheriff’s office. He told The Associated Press by phone that the shooter was a passenger on a Canadian flight and had checked a gun.

LaMarca says the shooter pulled out the gun in the bathroom after claiming his bag.

Sheriff Scott Israel says the gunman was not harmed and that law enforcement did not fire any shots. He says it is not yet known if the shooting was an act of terror.

Israel also says there was nothing to substantiate reports of a second shooting at the airport.

A passenger says he heard the first gunshots as he picked up his luggage from a baggage claim carousel in a shooting at a Florida airport that left five dead and eight wounded.

John Schilcher told Fox News the person next to him fell to the ground Friday. He says other people started falling, and he then dropped to the ground with his wife and mother-in-law. Schilcher says “the firing just went on and on.”

He says the shooter emptied his weapon and reloaded during an eerily quiet lull in the gunfire. Schilcher says he didn’t assume it was safe until he saw a police officer standing over him at the Fort Lauderdale international airport.

He says he remained on the ground and was told not to move as authorities investigated unconfirmed reports of a second shooting.

Officials say there have been unconfirmed reports of additional shots fired at the international airport in Fort Lauderdale, Florida, after a gunman killed five people and wounded eight there.

Earlier in the afternoon, the shooting stopped all traffic at the airport. Passengers were evacuated from the terminal 2 baggage claim area. Passengers returned to the airport as officials said the lone gunman was in custody. But TV reports showed some passengers evacuating again, several looking panicked and ducking behind cars or hiding.

Witness Judah Fernandez told CNN he heard what he believes were the first shots, re-entered the airport, but then rushed out again shortly later to the tarmac. He said: “Everyone’s running now.” He said both security officials and passengers were running.

U.S. Sen. Bill Nelson says the Fort Lauderdale airport gunman was carrying a military ID with the name Esteban Santiago, though it’s not clear if it belonged to him or to someone else.

Authorities say five people were killed and eight wounded in the shooting.

Authorities say five people were killed and eight were wounded after a lone suspect opened fire at the Fort Lauderdale, Florida, international airport.

News stations showed video of medics taking care of a bleeding victim outside the airport. Helicopters hovering over the scene showed hundreds of people standing on the tarmac as an ambulance drove by and numerous law enforcement officers, including tactical units, rushed to the scene.

Former White House spokesman Ari Fleischer tweeted that he was at the airport when shots were fired and “everyone is running.”

Miami area television stations reported that at least six people were shot. News stations showed video of medics taking care of a bleeding victim outside the airport. News helicopters hovering over the scene showed hundreds of people standing on the tarmac as an ambulance drove by and numerous law enforcement officers, including tactical units, rushed to the scene.

Former White House spokesman Ari Fleischer tweeted that he was at the airport when shots were fired and “everyone is running.”

The authorities of Florida (USA) will execute today Eric Branch, condemned to the death penalty for the murder in 1993 of a university student...

Miami, .- The American actor and director Emilio Estévez, who devoted 12 years to his new film, "The Public", tells Efe that he dreams...

The US considers the military relationship with India a “priority”

The US Defense Ministry, Lloyd Austin, has described this Saturday as a "priority" the relationship with India in defense matters given the "strategic challenges"...

Government manipulation on social networks grows, according to a world report

Many governments around the world have "drastically" increased their attempts to manipulate information on social networks, which contributed to making this the seventh consecutive...

Colin Powell, Secretary of State with Republican George W. Bush, this Sunday accused President Donald Trump of having "departed" from the Constitution for his...