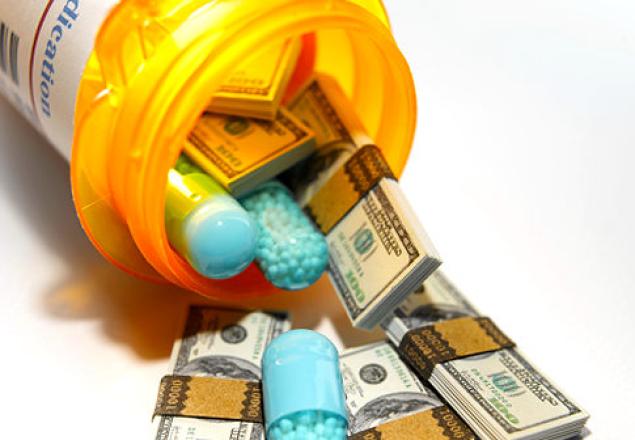 When Christie Tucker’s son Preston was diagnosed with diabetes, his insulin prescription cost just $40. Now, two years later, Christie is paying $650 for a six-week supply of the medicine.

Many people reflexively blame drug companies for Christie’s dilemma. But the firms producing Preston’s insulin aren’t making more money. Insulin list prices are going up, but net prices — the money drug firms actually receive — are falling sharply. The extra cash is instead landing in the pockets of pharmacy benefit managers.

Pharmacy benefit managers act as middlemen between drug companies and patients, pharmacists, and insurers. They determine which medicines are covered, and at what co-pay or co-insurance level, for 210 million Americans’ health plans. They’re abusing this role to rake in enormous profits — at the expense of patients’ health.

The gatekeeper role gives PBMs enormous bargaining power to buy medicines in bulk. Just three PBMs dominate 70 percent of the market,  and pharmaceutical companies know they will not be able to access millions of patients unless they accommodate the demands of PBMs.

There’s nothing inherently wrong with this hard-ball strategy. In theory, PBMs do patients a great service by securing lower drug prices.

The problem is that, in practice, PBMs rarely pass the rebates they wrench away from drug companies along to pharmacies, insurers, or patients. PBMs instead hoard the cash. Express Scripts, the nation’s largest PBM — which boasted a market cap of $43 billion  in early November — has increased its profit per adjusted prescription 500 percent since 2003.

Disturbingly, PBMs are maximizing their negotiating leverage, and thus their rebates, by refusing to cover dozens of lifesaving drugs. Combined, the top two PBMs in the country deny coverage to 239 medicines.

When PBMs decrease coverage, patients suffer. Consider the plight of the 400,000 Americans with multiple sclerosis, a neurological disease that causes pain, fatigue, and a loss of muscle control.

CVS Health, the nation’s second-largest PBM, excludes three top multiple sclerosis treatments in order to pressure the makers of other treatments into giving steeper discounts. That’s dangerous for MS patients whose doctors purposely prescribed one of those three treatments to help them manage their disease.

When drugs aren’t covered by a PBM-determined insurance plan, many patients give up and stop taking the medications, rather than appeal for an exemption. One study, examining 60,000 Americans, found that when PBMs excluded drugs, almost half of patients simply stopped taking those medicines.

Patients who fail to take the medications their doctors prescribe often develop complications, ending up in the emergency room or hospital. That drives up overall healthcare costs by billions of dollars annually.  Grimly, nonadherence causes 125,000 deaths every year.

Pharmacy benefit managers are supposed negotiate big rebates on drug prices. And they do. But they’re pocketing the cash instead of passing discounts along to patients. When patients across the nation either can’t access lifesaving drugs, or must shell out a fortune to do so, it’s time to ask: who exactly benefits from pharmacy benefit managers?

Peter J. Pitts, a former FDA Associate Commissioner, is president of the Center for Medicine in the Public Interest.