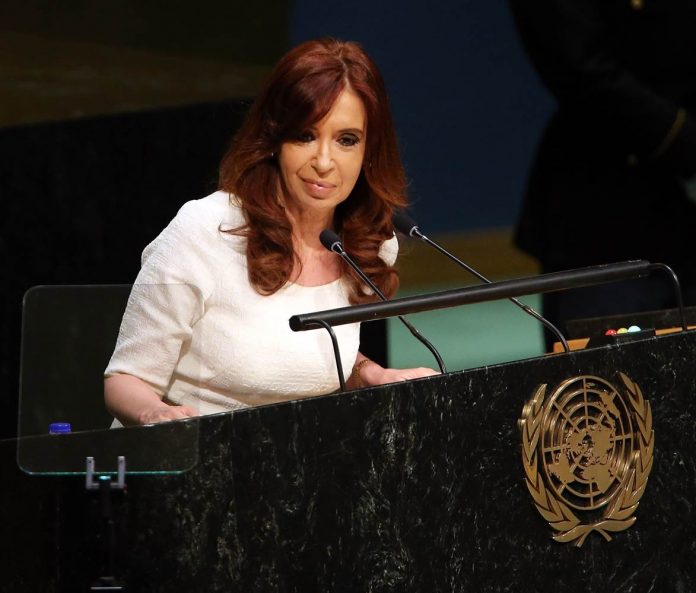 BUENOS AIRES (Reuters) – Former Argentine President Cristina Fernandez was indicted on Tuesday on charges she ran a corruption scheme with a public works secretary who was arrested in June while trying to stash millions of dollars in a convent.

A federal judge accused them and other officials of the Fernandez administration of crimes “including the deliberate seizure of funds principally meant for public road works.”

Corruption charges have long swirled around Fernandez and her husband and predecessor, the late Nestor Kirchner. She denies wrongdoing and accuses Argentina’s current leader, Mauricio Macri, of using the courts to persecute her.

The country was riveted in June when Fernandez’s former public works secretary, Jose Lopez, was arrested while tossing bags stuffed with millions of dollars over the walls of a Catholic convent on the outskirts of Buenos Aires.

A gun-toting Lopez started hurling the money into the Our Lady of Fatima convent when the elderly nuns inside were slow to answer the door in the early morning hours of June 14, according to a neighbor who witnessed what happened and called 911.

A surveillance video shows the nuns finally welcoming Lopez and accepting the cash while paying little attention to the automatic rifle he had placed by the convent door.

Lopez and his direct boss, former Planning Minister Julio De Vido, were indicted along with Fernandez on Tuesday.

The alleged skimming of road projects took place in the Patagonian province of Santa Cruz, where Fernandez lives.

The ruling said the offenses took place until Dec. 9, 2015, Fernandez’s last day as president after eight years in office. No arrest warrant has been issued for Fernandez, and Lopez is already in jail on money laundering charges.

In May Fernandez was indicted for “unfaithful administration to the detriment of public administration.” During her administration, according to the charges, the central bank took money-losing positions in the futures market just before a widely expected devaluation of the peso currency.

Fernandez, head of the leftist faction of the Peronism party umbrella, is revered by millions of Argentines for her generous welfare programs. She is reviled by others, who accuse her of wrecking Argentina’s economy, Latin America’s third biggest, with profligate state spending and heavy-handed trade and currency controls.