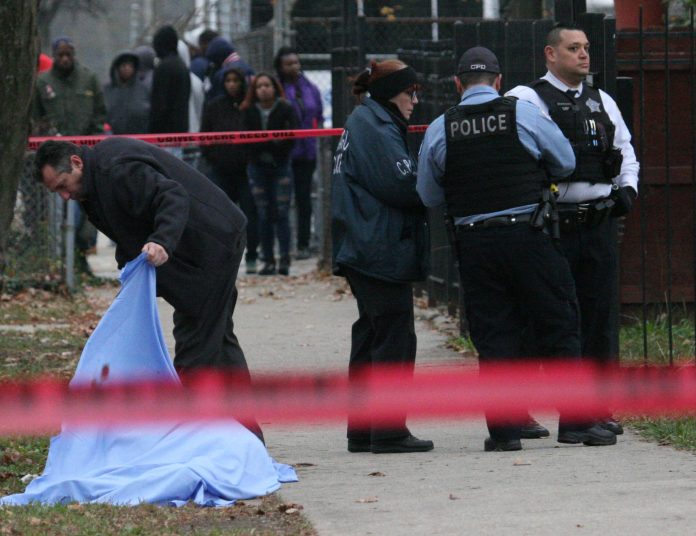 Chicago (AFP) – Police in Chicago said Monday they were investigating 27 shootings — 12 of them deadly — that occurred on Christmas Eve and Christmas Day, a remarkable spasm of violence there in what already has been a historically bloody year.

Chicago police superintendent Eddie Johnson told reporters that many of the recent shootings appeared to be gang-related.

“We now know the majority of these shootings and homicides were targeted attacks by gangs against potential rival gang members and groups who were at holiday gatherings,” Johnson said at a press conference.

“These were deliberate and planned shootings by one gang against another. They were targeted knowing full well that individuals would be at the homes of family and friends celebrating the holiday,” Johnson said.

The Christmas weekend violence occurred during a year of record bloodshed in America’s third-largest city.

With a week to go before the year is over, more than 750 people have been killed in Chicago in 2016, marking the first time in nearly two decades that the number of homicides has exceeded 700, according to the Chicago Tribune newspaper, which has been tracking the violence.

There have been more murders in America’s third-largest city than in the two largest — Los Angeles and New York — combined.

The city is awash in illegally obtained guns, a major contributor to the problem, law enforcement officials say.

Chicago is planning to hire nearly 1,000 additional police officers over the next two years to help combat the rise in crime.