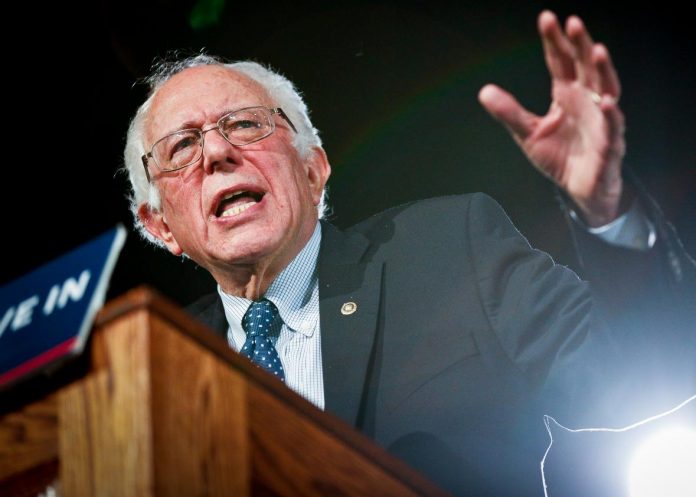 Vermont Sen. Bernie Sanders hasn’t decided whether he will run for president in 2020, but until the next presidential election, the former candidate is on a mission: Stop Donald Trump from hurting Americans.

“You know, and I am not a guy in politics who really likes to attack viciously my opponents. It’s not my style. But I felt obliged during the campaign to say something that was just patently true, and that is that Trump is a pathological liar,” Sanders said during in a Democracy Now! interview in late November that was released on Monday. “And, you know, I mean, he was saying—and the danger is, it may be—you know, everybody lies. You know you’re lying. But I fear very much that he may be not even knowing that he lies.”

“But this statement, as I mentioned earlier, the danger of this statement is not just that it is delusional and incorrect, is that it sets—if you have a president who believes that millions of people voted illegally, you’re telling every Republican official in this country to suppress the vote, to make it harder for people to vote, whether they are immigrants, whether they are people of color, whether they are poor people, young people or old people. That is the danger of that statement. And that’s something we have got to fight tooth and nail,” Sanders said.

Sanders stopped short of calling Trump’s supporters racist, something many of his critics have done because of the Republican’s remarks vowing to deport 11 million undocumented immigrants, many of whom are Hispanic, and his pledge to ban Muslim travelers.

“There are some people who think that everybody who voted for Donald Trump is a racist, a sexist or a homophobe or a xenophobe. I don’t believe that. Are those people in his camp? Absolutely. But it would be a tragic mistake to believe that everybody who voted for Donald Trump is a “deplorable.” They’re not. These are people who are disgusted, and they are angry at the establishment. And the Democratic Party has not been clear enough, in my view, about telling those people, whether they are white, whether they are black, Latino, Asian American or whatever, women, gay, whatever, that we are on their side,” Sanders said.

Sanders would not say whether he planned to run in 2020, noting that his focus right now is staying in the Senate.

“Four years is a long time. I’ve got to—you know, I’m going to be running for re-election most likely in two years for Vermont to the Senate. And there’s just an enormous amount of political work that has to be done at this—at this moment,” he said. “Politics is not about a person. We transform this country not by electing some guy or woman to be president; we transform this country when millions of people stand up and fight back. That will result in good leadership on top. So the goal right now is not to worry about who’s going to be running in 2020 or 2080. The goal now is to mobilize millions of people around a progressive agenda.”