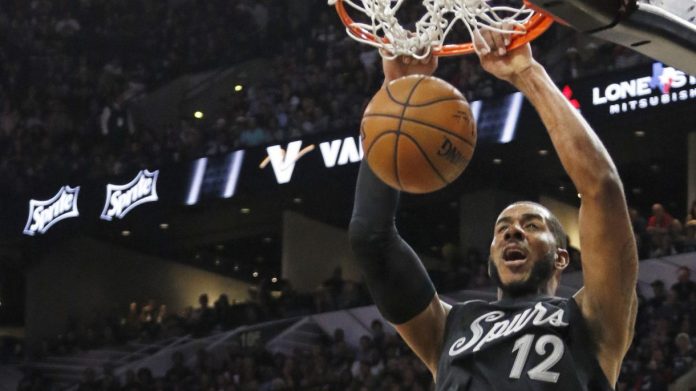 LaMarcus Aldridge drained a jumper, backpedaled onto defense and tripped over an opponent’s legs – right into a reverse somersault that placed him back on his feet.

If the Spurs seemed upside down after Tim Duncan’s retirement, it hasn’t taken them long to right themselves.

LaMarcus Aldridge (33 points and nine rebounds) and Kawhi Leonard (25 points and 10 rebounds) led San Antonio to a 119-100 win over the Bulls today, the Spurs’ first Christmas home win in franchise history. San Antonio was 0-2, losing to the Thunder in 2014 and Rockets in 2013.

Aided by Aldridge’s pre-tumble shot, the Spurs raced to a 17-2 lead. Though Chicago fought back, San Antonio added 8-0 and 12-0 runs to pull away.

“I was just catching and shooting,” said Aldridge, who made his first 11 shots. “Coach has been telling me to try to find my shot more.”