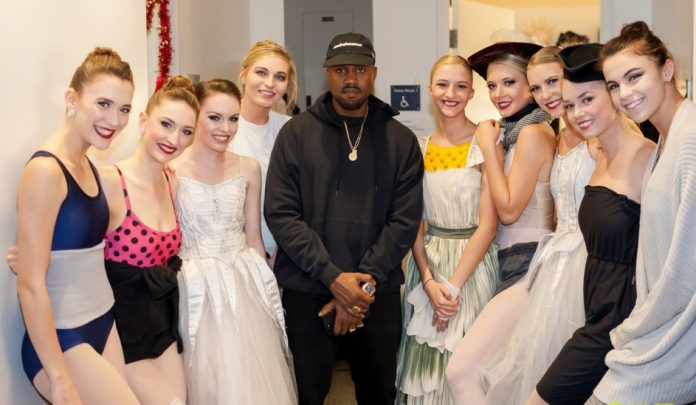 The couple were spotted attending the Los Angeles Ballet’s The Nutcracker with daughter North at the Redondo Performing Arts Center Center on Friday evening.

Following the show, West, 39, and Kardashian, 36, went backstage to meet the dancers and take pictures with the company. The mother-of-two was dressed in an oversized red sweater and beige heeled boots while the rapper sported a head-to-toe black ensemble. Their 3-year-old color coordinated with her father wearing a black velvet dress.

“We had several special guest last night! @kanyewest and his family We hope you guys enjoyed the show!” the L.A. Ballet captioned a group photo on their social media pages.

Joining the Wests were Kourtney Kardashian and her 4-year-old daughter Penelope Disick. Also in attendance was their longtime friend Tracy Romulus and her daughter Ryan.

Kim and Kanye have rarely been photographed together since October. They were previously seen stepping out for a casual dinner for two at the Santa Monica restaurant Giorgio Baldi last Sunday.

The couple’s marriage has been the topic of conversation since the reality star’s Paris robbery and the Grammy winner’s recent hospitalization for exhaustion, but a source close to the couple revealed to PEOPLE last week that “splitting is not even a point of discussion.”

“Truly no truth behind divorce rumors. It’s not something she would divorce him over,” the insider shared, adding, “He had a breakdown, but it does not pertain to them not getting along.”

Kardashian matriarch Kris Jenner is scheduled to have her annual Christmas party on Saturday.