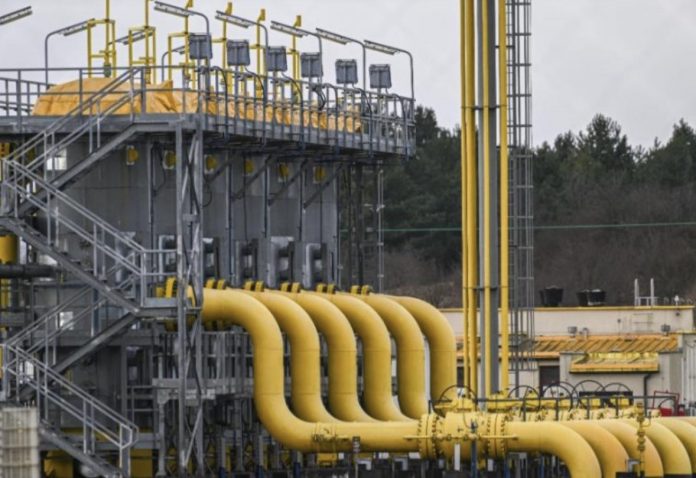 Facing the prospect of falling thermometers, Europeans are bracing for a difficult winter due to gas shortages from Russia, whose invasion of Ukraine six months ago has turned the world energy market upside down.

In the front line are the Latvians, who have already run out of gas from the Russian giant and know what to expect in the next six months.

“Energy prices are so exorbitant that we have installed our own water heater,” explains Juons Ratiniks, a resident of the town of Rezekne, not far from the Russian border. He points out that it is less expensive than the central system of the buildings.

This retired border guard warns “politicians” that he expects help to pay his next rising bills. Otherwise, “they are going to have problems!”

As in Latvia, the Russian gas supply was also cut off in Bulgaria, Denmark, Finland, the Netherlands and Poland.

In the rest of the countries, the flow is drying up: around a 70% annual drop in July, according to several experts consulted by AFP.

In the capitals of the continent, the idea of ​​cold radiators or stopped factories horrifies governments, who know that Vladimir Putin uses the energy weapon strategically.

The drop in deliveries has triggered gas prices, and accordingly, those of electricity, since many thermal power plants run on gas; oil has also woken up before falling again.

The war has unleashed the “first true world energy crisis in history”, considers Fatih Birol, executive director of the International Energy Agency (IAEA). And Europe is located at “the epicenter of the storm”.

Gas is so important -especially for highly dependent countries like Germany, because of its heavy industry- that it has been left out of the European sanctions on Russia, which do include coal (total embargo) and oil (progressive embargo). .

Already diminished flows on the all-important Nord Stream 1 gas pipeline between Russia and Germany “will fluctuate between zero and 20% of capacity in the coming months, causing a recession in Europe in the winter of 2022/23”, predicts Matt Oxenford of The Economist’s Intelligence Unit.

And if there is a shortage, the authorities will cut supply first to companies: in both France and Germany, governments are deciding which qualities they will sacrifice first.

The European Union has asked member states to reduce their gas consumption by 15% – with the exception of Spain and Portugal, who managed to get Brussels to reduce its objective to 7% due to its lower level of energy connection with the rest of the continent. .

But the saving measures are already applied in many EU countries. Italy launched an “operation thermostat” in the spring to lower heating and reduce air conditioning in schools and administrations, an initiative followed by Spain and Germany.

The reduction of night lighting in shops or betting on public transport in front of the car is also being decreed.

“I save energy,” says Annette Kapaon, a 70-year-old retiree from Berlin. In winter, “I only heat the room where I spend time; the rest, just enough so that it does not freeze”.

France has blocked regulated gas prices for individuals, but in Germany household bills will rise several hundred euros per year.

Faced with the difficult winter ahead, the spokesman for the North Rhine-Westphalia consumer center, Udo Sieverding, warns that “many households will not be able to pay”.

Many are learning about installing solar panels, he says, while coal sellers are struggling.

France will return to its “waste hunting” of the seventies, while looking for alternative energy sources, such as liquefied natural gas or coal, despite their polluting nature.

It has also provisionally given up closing a coal plant and wants to install a new floating methane terminal, a decision widely criticized by environmentalists.