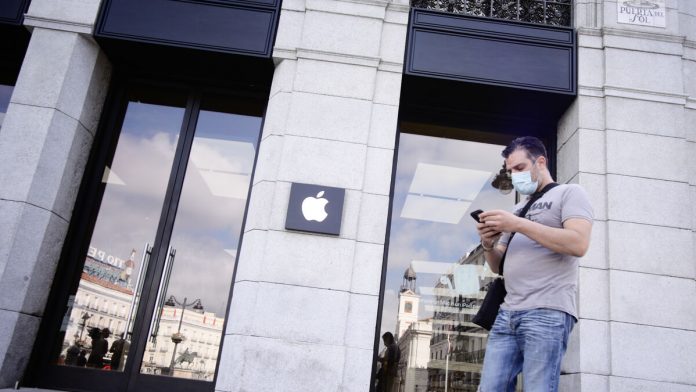 Apple achieved record net sales of 123,945 million dollars (110,848 million euros) between the months of October and December, corresponding to the first fiscal quarter of the American technology giant, which represents an increase of 11.2% compared to the same period of the previous year, reported the company.

In the first three months of its fiscal year, the Cupertino multinational raised net profit by 20.4%, to 34,630 million dollars (30,970 million euros).

Apple’s revenue growth reflected the good progress of iPhone sales, which brought the company 71,628 million dollars (64,059 million euros) in the first fiscal quarter, which represents an increase of 9% compared to the same period of the previous year, to represent 58% of the total income recorded by the company in the quarter.

“This quarter’s record results were made possible by our most innovative lineup of products and services,” said Tim Cook, Apple’s CEO, highlighting the company’s efforts to achieve carbon neutrality across its supply chain. supply and products by 2030.