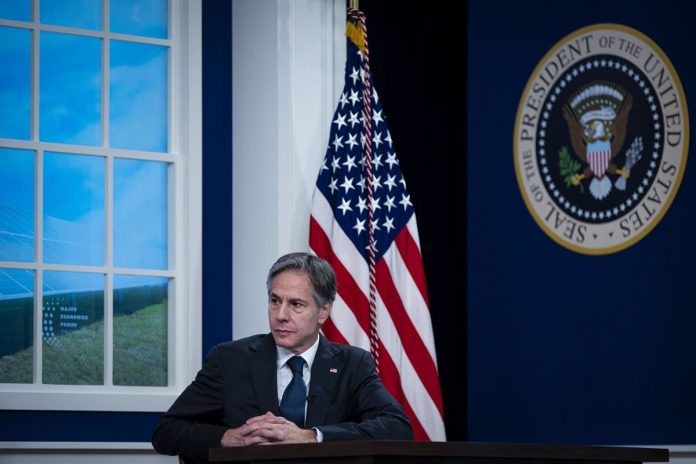 The US authorities this Saturday transferred their praise to the “rapid identification” of the omicron variant of the coronavirus, and have especially appreciated the “transparency” of the Government of South Africa when sharing such information.

The Secretary of State of the United States, Antony Blinken, has had a telephone conversation with the Minister of International Relations and South African Cooperation, Naledi Pandor, where both have agreed on the importance of maintaining a continuous partnership between the two nations.

“Secretary Blinken specifically praised South African scientists for the rapid identification of the omicron variant and the South African Government for their transparency in sharing this information, which should serve as a model for the world,” the State Department said in a statement. release.

Later, Blinken himself has published a message on his social networks where he reiterates the “professionalism and transparency” of the South African authorities and scientists in the “common fight” against the coronavirus.

Thus, the highest representatives of American and South African diplomacy have set their sights on international cooperation to help vaccinate as much of the population as possible on the African continent and “combat the impacts of COVID-19.”

On the other hand, the Government of South Africa has criticized the recent travel restrictions imposed by various countries on Africa, and especially on its nation, for the omicron variant and has considered them a “punishment” for the detection capacity.

“Excellent science should receive applause, not punishment. The global community must collaborate and partner to manage the COVID-19 pandemic,” he criticized.

The EU, the United States, the United Kingdom, Australia, Japan, India or Canada have banned flights from South Africa and other countries in the region after confirming in a sample taken on November 9 the presence of a new variant, B.1.1 .529, better known as omicron.