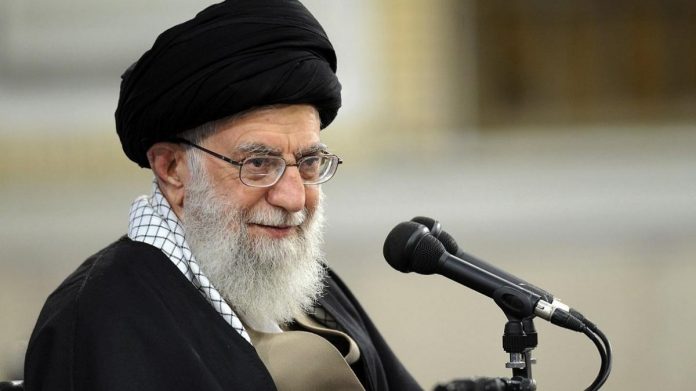 The Supreme Leader of the Islamic Republic of Iran, Grand Ayatollah Ali Khamenei, assured this Sunday that his country is in no hurry to restore the conditions of the nuclear agreement signed in 2015 with international powers, and now seriously undermined by the unilateral withdrawal from the United States, which has reimposed previous sanctions against Tehran, in 2018.

“The Americans must lift all sanctions. From there, we will verify the situation and return to the nuclear agreement. And this is our final policy,” said the Iranian leader, before stating that he does not have “confidence” in the efforts of the new North American Presidency to achieve reconciliation.

“The former fool,” he added, referring to former US President Donald Trump, “had designed a policy of ‘maximum pressure’ to corner Iran and bring a ‘weakened’ country to the negotiating table and impose his arrogant demands. He disappeared from the political scene in such a way that both he and his country were disgraced, while Islamic Iran stands firm and proud, “added the ayatollah.

“We are not going to be in any hurry, because in some cases the risks outweigh the benefits,” he said. “I think we rushed to sign that agreement,” he riveted.

In this sense, Khamenei has indicated that his country “has a lot of patience” to bear the additional burden imposed by the US sanctions during the current economic crisis caused by the coronavirus pandemic in the country.

“Whether sanctions are lifted or not, the country will focus on its currency and growth through regional exports and domestic manufacturing,” he added in his speech to celebrate Nouruz, the Iranian New Year.