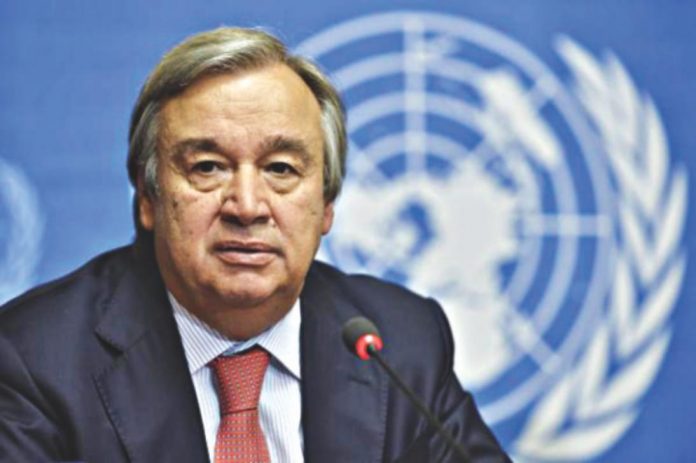 The Secretary General of the United Nations, António Guterres, has been “saddened” by the seizure of the Capitol by a mob of followers of the President of the United States, Donald Trump, and has asked political leaders not to urge their followers to violence.

When the US Congress was preparing to certify the winner of the presidential elections this Wednesday, a group of followers interrupted the US headquarters, leaving one person dead so far.

Faced with these acts, Guterres recalled that “it is important that political leaders instill in their followers the need to refrain from using violence, as well as to respect democratic processes and the rule of law,” through a statement issued by their spokesperson. , Stephane Dujarric.

For his part, the acting executive director of the Amnesty International organization in the United States, Bob Goodfellow, has also considered through a statement that “President Trump’s refusal to facilitate a peaceful transfer of power has seriously endangered Human Rights , public safety and the rule of law in the United States. “

In addition, he has denounced that “the president’s embrace of white supremacist and extremist groups has further fanned the flames of chaos and violence” that occurred this Wednesday.

Goodfellow recalled that Trump has repeatedly encouraged violence and disorder by his supporters, adding that “these are not the actions of a leader, but of an instigator.”

Given this, “all public officials must condemn the words of the president”, as well as “respect, protect and fulfill Human Rights, including the right to be free from violence, intimidation and racism.”