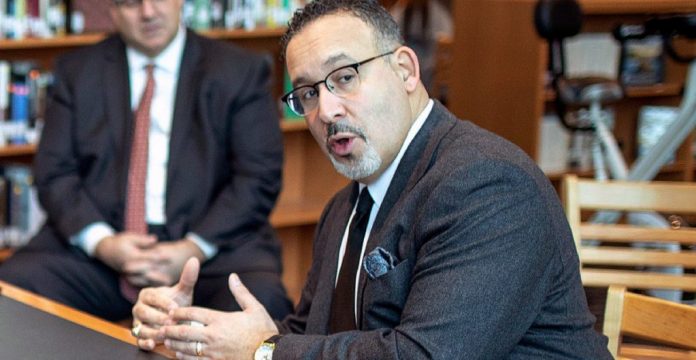 The president-elect of the United States, Joe Biden, has announced the nomination as the next Secretary of Education of Miguel Cardona, who has repeatedly been in favor of the reopening of schools during the crisis of the pandemic.

Cardona, 45, is the third official of Latino origin chosen by Biden for his government, after the nominations of Xavier Becerra as Secretary of Health and Alejandro Mayorkas for the Department of Homeland Security.

If his appointment is finally confirmed, Cardona would lead Biden’s plan to reopen most public schools in the first 100 days of his administration, as it has progressed.

The possible arrival of Cardona to Biden’s work team would occur 16 months after having served as Connecticut’s chief of Education. Before, he had worked for two decades as a teacher in different public schools in the small town of Meriden, located in that state.

“In Miguel Cardona, the United States will have a dedicated and experienced public school teacher who will lead the way in the Department of Education,” Biden said in a statement Tuesday.

“Cardona will make the safe return of students to classrooms a national priority, working with Congress and state and local leaders to secure funding and the strict public health measures necessary to have the opportunity to reopen safely. most of our schools are safe, “the text continues.

For his part, Vice President-elect Kamala Harris has referred to Cardona as “an experienced public servant, who understands what our students, teachers and schools need to be successful.”

If confirmed, Cardona would be part of Biden’s plan to constitute what would be the most diverse administration in the history of the White House, thus reflecting the racial plurality of the United States.

So far, state school systems have not had clear guidelines from Washington at the national level on how and when to reopen many of their centers, as well as alternatives in relation to distance education.

Cardona lamented that this lack of planning is leaving many students behind, especially those who do not have access to new technologies to be able to continue with non-face-to-face classes.

“Education in person is too important for our children to interrupt their education even more,” Cardona defended during an interview for the newspaper ‘Hartford Courant’, in which he assured that there is “little evidence” on the transmission capacity of the coronavirus within from schools.