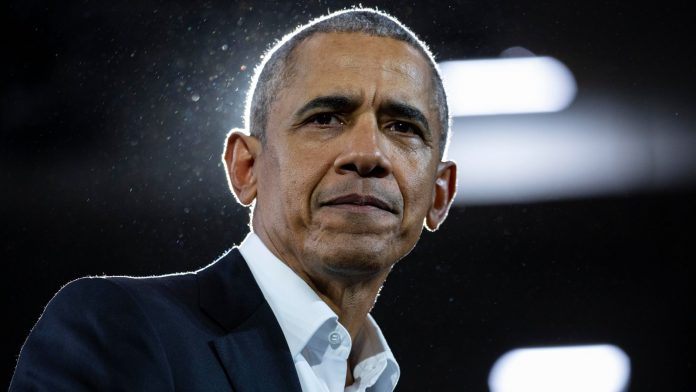 He publishes the first part of his memoirs, ‘A promised land’

The former president of the United States Barack Obama has praised the commitment of young activists in the fight against inequality and climate change, and has assured that he still has “some cartridges to burn.”

He said it in an interview this Sunday in ‘La Vanguardia’ collected by Europa Press, after the publication of the first volume of his memoirs under the title ‘A promised land’ (Debate).

“Any legacy that I can leave will undoubtedly be perfected by those who accompany me and by those who follow my path long after I have disappeared”, and among the achievements of his mandate he has highlighted the advances in health, having rescued the economy of a crisis and the fight against climate change.

He assured that life in the United States is better now than 100 years ago, adding: “Although it is true that we face real challenges, I still have faith that, even if we do not achieve it during our lives, if we try we can deliver on the promise of an America that is finally aligned with all the good that we carry within ourselves. “

He has stated that the Covid-19 pandemic coexists in the world with other challenges – “refugees, economic disturbances, tribalism”, he has detailed – and that, despite economic progress, uncertainties persist in contemporary societies.

“I also believe that, although we have our own challenges, the United States has a moral and political obligation to promote an international order based on universal values ​​and clearly established rules and regulations,” he said.

He has opted for “activating the levers of political power – including political organization, elections and political participation – to generate lasting changes”, and in that sense he has celebrated the election of the president-elect, Joe Biden, and the vice president-elect, Kamala Harris.

He has also ruled out that his wife, lawyer Michelle Obama, is running to preside over the United States: “I can guarantee it. As I tell in the book, she does not like politics. She also made it clear in her own book, and without too many subtleties. “

AGAINST RACISM
Obama has explained that he never believed that his arrival at the White House, as the first black president of the United States, would end racism: “That was clear to me from the beginning. I never believed that we lived in a post-racial era.” .

“My very presence in the White House worried many people, in some cases explicitly and in others subconsciously”, and has argued that there were those who dedicated themselves to manipulating these fears by resorting to identity politics and xenophobia.

He stressed that even during his tenure there was “a whole generation of children who grew up with the idea that it was rare or exceptional that the person who held the most important position in the country was black”, something before which he considers that the new generations are more open.

However, he has warned that “attitudes can go backwards instead of advancing”, for which he has asked to be vigilant, and has stressed that the United States has been the first real experiment in broad, multiethnic and multicultural democracy, in his words .