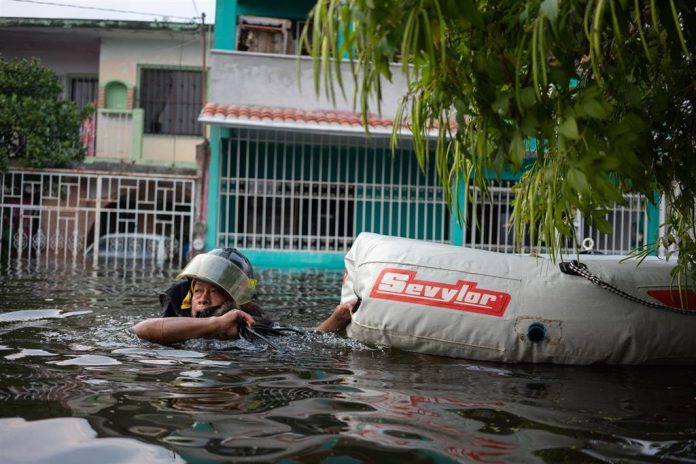 Climate disasters have left at least 410,000 deaths worldwide in the last decade, largely as a result of insufficient efforts being made to protect the population from phenomena such as storms, floods or heat waves closely related to the climate change.

That is the main conclusion of the latest World Disaster Report 2020 published by the International Federation of the Red Cross and Red Crescent (IFRC). According to it, disasters related to weather and climate increased by 35 percent in the last decade compared to the 1990s.

Thus, 83 percent of the disasters that occurred in the last ten years were caused by phenomena such as floods, storms and heat waves, which left more than 410,000 dead and affected more than 1,700 million people.

In addition, according to the report, the countries most affected by this type of disaster receive only a fraction of the funds available for adaptation to climate change, so they have problems in protecting their population from the increasingly serious effects of climate change.

“Our first responsibility is to protect the communities that are most exposed and vulnerable to climate risks”, warned IFRC Secretary General Jagan Chapagain in a statement, however “the world is collectively failing in this.”

“There is a clear disconnect between where the climate risk is greatest and where the funds for climate adaptation go,” he denounced, stressing that “this disconnection could cost lives,” also taking into account the rate at which disasters seem to be increasing.

Furthermore, the report also argues that the multi-million dollar stimulus packages that are being developed around the world to deal with the consequences of the coronavirus pandemic are an opportunity to address and reduce climate vulnerability.

A recovery that protects people and the planet will not only help reduce current risks but will also make communities safer and more resilient in the face of future disasters, the IFRC said. Smart financing, focused on early warning and anticipatory action to reduce risks and prevent disasters, as well as risk reduction measures are essential, he added.

ADDRESS PANDEMIC AND CLIMATE CHANGE AT THE SAME TIME
“Climate adaptation cannot occupy the tail wagon while the world is concerned about the pandemic: both crises have to be tackled jointly,” defended Chapagain. “These disasters are already on the doorstep of every country around the world,” he stressed.

For this reason, it has opted to “significantly increase investment in smart climate actions that reinforce risk reduction and preparedness, along with climate smart laws and policies.”

In the opinion of the IFRC secretary general, “faced with challenges like these, international solidarity is not only a moral responsibility, but also the smart thing to do.”

Investing in the resilience of the most vulnerable places is more cost effective than accepting a continued increase in the cost of humanitarian response and contributes to a safer, more prosperous and sustainable world for all, he stressed.