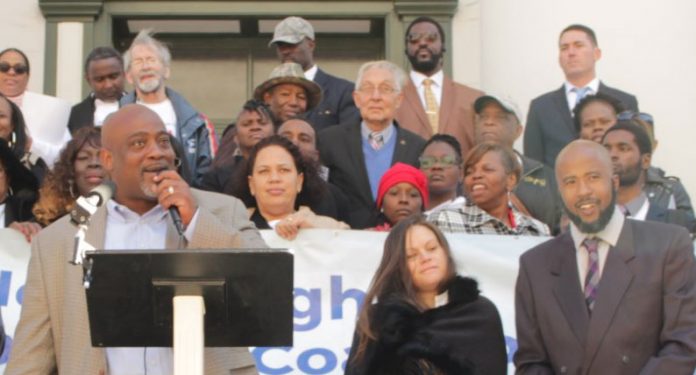 KISSIMMEE, Fla.- On Thursday, November 14, as a part of its Amendment 4 bus tour, Florida Rights Restoration Coalition will stop in Kissimmee to host a Second Chances empowerment event for people with felony convictions. FRRC will provide a wide range of helpful resources to local returning citizens, including guidance on recording sealing and expungement, and where to find job opportunities with employers hiring people who were formerly convicted.

Organizers of the Amendment 4 bus tour seek to break down voter registration barriers for returning citizens a year after FRRC advocated tirelessly on behalf of all returning citizens in the state of Florida. The bus tour, which began in Orlando on Saturday, November 2, is engaging, educating and registering returning citizens to vote in anticipation of the 2020 presidential election. Last Friday, singer and activist John Legend joined the tour in Miami.

FRRC was instrumental in the passing of Amendment 4, which ended the lifetime ban on voting for individuals with a felony conviction, impacting approximately 1.4 million Floridians. FRRC is currently raising awareness about its Fines and Fees Fund, which provides assistance to formerly convicted persons who encounter financial barriers during voter orientation.