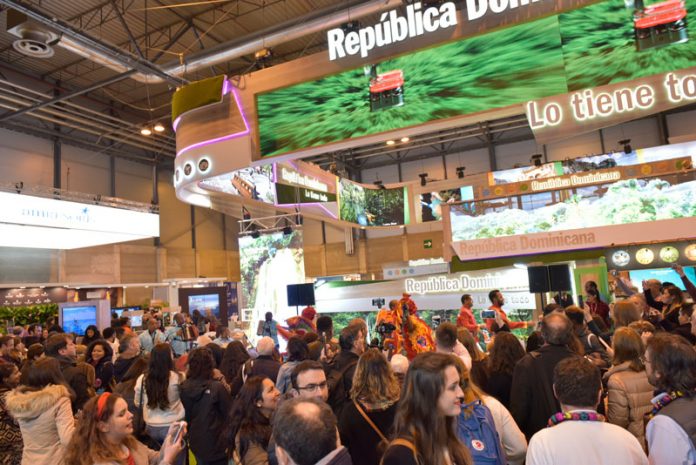 Madrid, Spain.- The Dominican Republic again achieved important achievements in its participation in the International Tourism Fair (FITUR), which was held in the Spanish capital, where concrete agreements with airlines, investors and tour operators, and the construction of 8 new hotels in different destinations in the country.

The participation of the Dominican Republic as a Partner Member of the 39th edition of Fitur 2019 has been the excellent platform for the promotion of the destination and an encouragement that confirms the sustained growth of the tourism industry as the mainstay of the country’s economy.

The Minister of Tourism, Francisco Javier García Fernández, described as a resounding success the participation of the Dominican Republic in said conclave, after announcing agreements with businessmen for the construction of seven new hotels and another project to be carried out by the Velutini group.

Said intention signed between the Velutini companies of Venezuelan origin, and IEMCA for the construction of 1,020 new rooms in Playa Dorada, Puerto Plata, at a cost of more than 100 million dollars, where the economy of the area will be more dynamic.

During the convention the country concrete positive and fruitful agreements, such is the case of the renewal of the agreement with Iberia for the promotion throughout Europe of the Dominican Republic in its media.

That the Dominican Republic has been distinguished as the first Caribbean country partner of Fitur also gave its results, which served as a platform to further publicize the country, whose name was in each official document of the event, magazines, billboards and downspouts, not only in the fairground, but on the main avenue of the whole city and on buses.

These and other results are part of the extensive agenda of meetings that the Minister of Tourism exhausted in the framework of the international tourist event FITUR that took place from January 23 to 27 of this year.

Fitur this year received more professionals and exhibitors throughout the history of the fair, with around 10,500 companies in 165 countries.

Meanwhile, the director of the Office of Tourism Promotion (OPT) for Spain and Portugal, Karyna Font-Bernard, said that “the results of the fair could not be better for the country”, since the Dominican stand was one of the most visited in the entire event by people interested in the different destinations and segments of tourism offered by the country.

He revealed that all the hotel companies that participated, as well as the banking and others that were present at the country’s stand, reported having made major investment negotiations and more visitors to Quisqueya.