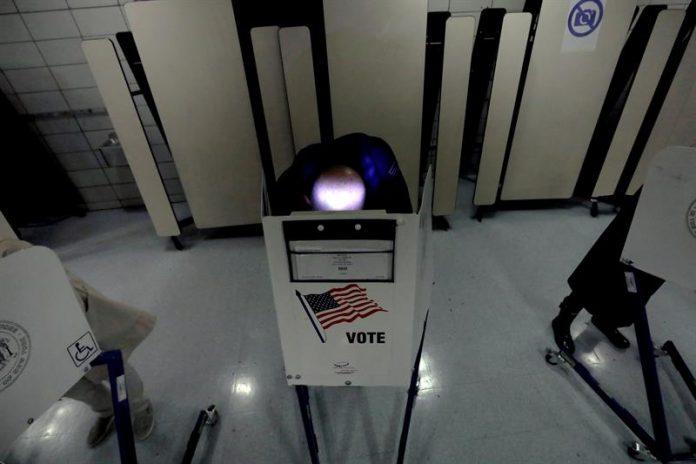 More than 1.4 million ex-Floridians recovered their right to vote today in a day that they described as “historic” and that coincided with the assumption of the new governor of the state, the Republican Ron DeSantis, who has shown some resistance to the amendment constitutional that allows it.

These “new citizens,” as they have called themselves, went out today to register throughout the state despite DeSantis’ vague statements about a possible legislative revision of certain aspects of the measure before its entry into force.

The national coalition of young African-American voters Black Youth Vote called the day “historic” and publicly thanked Desmond Meade, the activist who pushed for the restoration of this electoral right through a constitutional amendment that was approved in the elections of June 6. November.

Those who served prison sentences for murder or sexual crimes are the only ones who can not benefit from the amendment, as explained today by the American Civil Liberties Union (ACLU) of Florida.

“The story could not have been done without the leadership of Desmond Meade,” Black Youth Vote said.

Meade, an ex-convict who runs the Coalition for the Restoration of Florida Rights, was one of the first to go to the voter registration office in the city of Orlando, in central Florida.

With tears in his eyes and a T-shirt with the phrase “Let my people vote,” the African-American activist filled out the voter registration form.

Meade called on his peers to register when he recalled that Amendment 4 obtained the support of 64% of Florida voters last November, which guarantees the complete restoration of electoral law.

Although he pointed out that there should be no problem on this day, he offered the help of lawyers willing to guide these new voters in case they are denied this right.

“These people have paid their debts to society and deserve to have a voice in the future of their state and their country,” said Terrie Rizzo, president of the Florida Democratic Party.

He said they will work “hard to expand the electorate in Florida and get the support of these new voters.”

Meanwhile, DeSantis, who took office today as the 46th governor of Florida, replacing also Republican Rick Scott, has indicated that he will comply with said constitutional reform, but that the state Legislative must first review some aspects of it.

For Meade there is nothing to clarify. “No one is going to ask us: ‘Well, are you a criminal and are you going to register?’ No, we will enter to register as any other person, “he added.

The Democratic leader of the Florida Senate, Audrey Gibson, has urged DeSantis to “automatically” accept the restitution of the right to vote of those who have paid their crimes with prison.

Declaring offenders unfit to vote “has been a common practice” in the states, according to the National Conference of State Legislative Assemblies.

However, in recent decades the general trend has been to restore the right to vote, he says.

Local media remember that the origin of this type of measures dates back to the post-Civil War or Secession (1861-1865), when the unionist government forced all states to allow all men to vote, including the former slaves.

Lawmakers thwarted the vote of men who had committed crimes as a way to limit the vote of African-Americans, they say.

Last year, federal judge Mark Walker asserted that Florida routinely violates the constitutional rights of its citizens by permanently repealing the “fundamental right” to vote for anyone convicted of a felony.

“To vote again, citizens deprived of their rights must bow to a panel of senior government officials over which the governor of Florida has absolute veto authority,” the judge said at the time.

In 2011, the now ex-governor Scott, one of the new members of the Senate in Washington, revoked a policy that allowed to restore their rights to many convicts, with the exception of murderers and sex offenders, without the need for an application process or hearings.

As of today there are two states, Iowa and Kentucky, in which the voting rights for ex-offenders can only be recovered through an individual petition or request to the state government.