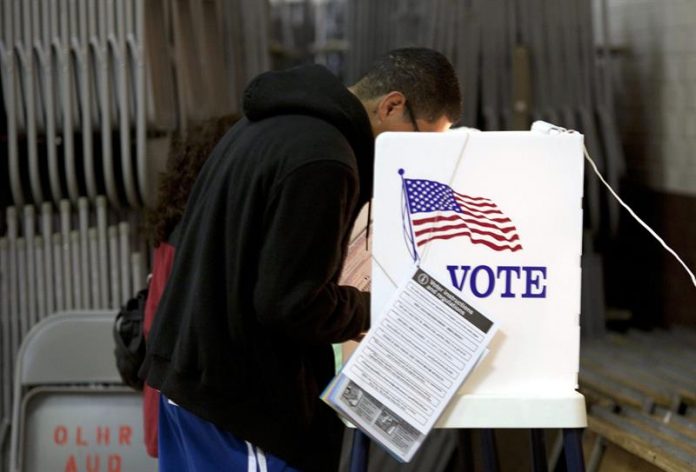 The Hispanic vote, considered for years a sleeping giant, will see next November 6 if it has awakened as a block against the “attacks” of President Donald Trump or remains the large heterogeneous minority that many say it is.

Ben Monterroso, executive director of Mi Familia Vota (MFV), assured Efe that they are awake and working hard despite the fact that “the political system, the parties, the opinion leaders, the candidates” are not “involving” them, which , he said, is evident in that more than 40% of those eligible to vote have not registered to do so.

The activist said that Latinos have registered in “record” numbers in states such as Arizona, California, Colorado, Florida, Nevada and Texas to vote in the next legislative and that there is an outstanding number of young people and women, and all this despite that they have been ignored by political campaigns.

Monterroso said that led him to launch these days an “unusual” campaign for this non-profit group that urges Latinos to reject at the polls “the xenophobic rhetoric and policies” of President Donald Trump and his Republican allies in Congress.

With the name of “Trumpadas”, which alludes to Trump and the “punching” or slaps that, they say, has given to Hispanics, MFV says that it seeks to encourage the Latino vote during the last days of the campaign.

Although Trump is not on the ballot, his party plays in these elections the majority that enjoys in Congress, where the 435 seats in the lower house and one third of the 100 seats in the Senate will be elected.

The “enthusiasm” of the Latino vote, according to the National Association of Latino Elected Officials (NALEO), is reflected in a 15% increase in the number of Latino voters compared to the 2014 legislative elections, for a total of 7.8 million , although there are 29 million Latinos eligible to vote.

“There is a very high degree of anger among Latinos regarding Trump’s immigration rhetoric and its policies,” said Blanca Flor Guillen-Woods, analyst at the Latino Decisions polling firm.

He said that more than 80% of registered Latino voters have been “enraged” with policies such as “zero tolerance”, which separated more than 2,500 children from their parents at the border this spring.

However, Monterroso acknowledged that Hispanics do not feel that they have “the power of voting” in their hands, in part due to the disappointment that politics generates in their countries of origin.

A study by the We Are All Human Foundation highlighted that 62% of Hispanics feel that “they do not speak with the same voice” and that only 48% consider it a unified community, despite the fact that 90% identify themselves as Hispanics .

Historically, the Cuban bloc, especially in Florida, has been one of the few examples of vote concentration in favor of a party, the Republican, although that has changed in recent years with the new generations of Cuban-Americans.

Last Friday, the governor of Puerto Rico, Ricardo Roselló, urged the growing Puerto Rican community to emulate the Cubans in Florida and organize in favor of policies of “equality” for the island, noting that they have already doubled in population, with 5.6 million in the country.

Roselló told Efe that it should also consolidate a Hispanic bloc that proposes “much more robust issues” to influence the country’s politics.

Claudia Romo Edelman, founder of We Are All Human, told Efe that Latinos are a powerful community, but they need to believe it. “Most have no idea of ​​their power, their size, their vitality,” he said.

The analyst hopes that the leaders of the Hispanic future will have the ability to unify them, in order to “make the transition between feeling Hispanic and acting like a Hispanic community.”

Guillen-Woods, of Latino Decisions, explained that, despite the fact that Latinos are considered an important segment, 60% of the voters have not been “absolutely contacted” by any party for animals to vote.

In this sense, Monterroso criticized that the parties are going to the Latino community “as someone who can save them at the last minute”, when it should be a consistent effort and not only every two or four years.