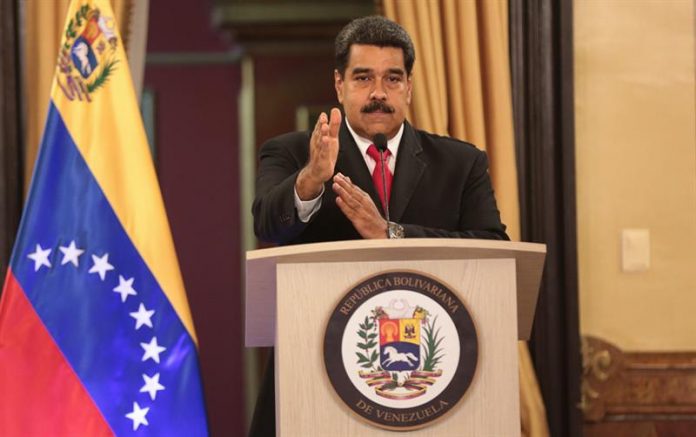 The Puerto Rican National Hostosiano Independence Movement (MINH) group today repudiated the attack on Saturday against Venezuelan President Nicolás Maduro, and for which six people involved in the incident have been arrested at the time.

“In a vile and cowardly act attributable to elements that want to return to the past of exploitation of the resources of the Venezuelan people for the benefit of the hegemonic economic interests of the Yankees” Maduro suffered this attack, said MINH President Wilma Reverón in a press release. press.

“The MINH repudiates this despicable act that attempted against the life of the working resident of the Venezuelan people and whose only objective is to violate the sovereignty of Venezuela to deliver its wealth to the front men of the North American empire,” Reverón stressed.

The Puerto Rican group, in turn, condemned the government of US President Donald Trump for “returning to the tyrannical methods that the Yankee empire has historically used to snatch the leaders from the peoples who dare to confront them with dignity, courage and front in defense of its sovereignty. “

“They will not pass, Venezuela is a free and sovereign country and it is only to its people that it is their duty to choose who its leaders are,” the Venezuelan people decided they do not want more Yankee lackeys, “Breguen with that!” We send our solidarity hug for the president Maduro and his wife Cilia Flores, “he added.

For his part, the Interior Minister of Venezuela, Néstor Reverol, said in statements collected by state television VTV that have been arrested “so far 6 terrorists and hired killers, several vehicles seized and have been several raids on hotels in the capital of our country, where very important evidences have been gathered “. (efeusa)