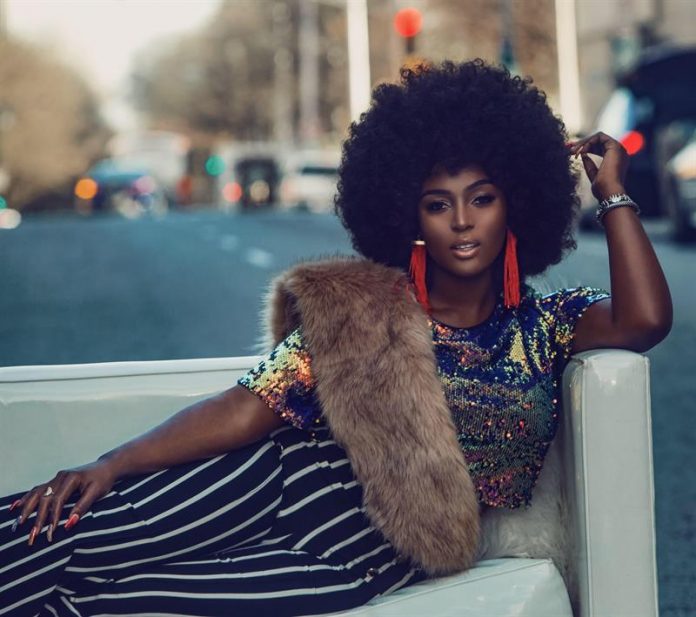 Singer Amara La Negra is tired of Afro-Latin women not appearing “neither in soap operas, nor in movies, nor in magazines,” and aspires to be for today’s youth the icon that Celia Cruz once represented, whom he met as a child when he was a dancer of the “Sábado Gigante” program.

Amara (1990, Miami), whose real name is Diana de los Santos, talks with Efe in Detroit, where she participates as an ambassador at a Planned Parenthood event, the largest network of sexual health clinics in the United States. and that serves, above all, women with few resources.

Although she now signs record contracts, records movies for Netflix and is considered one of the most beautiful people for People magazine, this young woman of Dominican origin did not always have it easy, and she herself was a teenager who used the services of Planned Parenthood and the food stamps (“Food Stamps”).

The urban pop singer, protagonist of the program “Love & Hip-Hop” of VH1, has been on stage since she was very small as one of the dancers of Univision’s “Sábado Gigante” program.

There, and on other occasions, he met the salsa queen, Celia Cruz, who would love to tell him “that his effort was worth it” and that “his humility and energy” inspired him to take his witness and become an icon of the millennial generation.

Celia Cruz was the only Afro-Latin woman she could have as a point of reference during her childhood and regrets that, 20 years later, this discrimination does not give up.

“We are not in the soap operas, in the movies, or on the covers of magazines, we are not anywhere, and when they finally put us in, we are the slaves, as in” Xica Da Silva “, or the chachas, the nanas or the drug addicts, “he criticized.

The artist explained that it was not until 6 or 7 years when she began to realize that they treated her differently from others, and even in the program where she danced as a child they used to place her in the background or in the middle, because it stood out too much. be the only black.

Since then, she decided not to be “trampled” and convince Afro-Latinas throughout the Americas that they have to embrace “her skin color, the texture of her hair and the features of her face”, as she believes that message, that of accept herself, transcends her music.

“I want to be a legend and not necessarily through my music, winning a Grammy or a Billboard is easy if you work well, but I aspire to have a Nobel Peace Prize because that means you made a difference in the world,” he explained. the artist, whose greatest fear is that her legacy “falls into oblivion” on the day she dies.

The singer wanted to give her support to Planned Parenthood at a crucial moment, when the administration of Donald Trump wants to cut their funds and the nomination of a conservative judge for the Supreme Court endangers access to abortion in the United States.

“Nobody should make decisions about your body and, although I understand the point of view of each one, God gave each of us our bodies so that we could make our own decisions,” he stressed.

Aside from having suffered racism within the industry (one producer told him he had to look “more like Beyoncé and less about Macy Gray”), he has also been abused.

“Being in this entertainment industry, many ugly things happen to women, this is an industry predominantly of men, who play with your dreams and dreams, and there are many girls who fall and they are raped,” he said.

“I say this from experience and is that being in this industry I have gone through many ugly things, of which I will never speak, but that have made me the woman I am and they have given me strength”, acknowledged the singer, who encourages all victims to talk to a friend or family member “because silence is never a solution”.

In the middle of the election year, Amara is reluctant to campaign for a party, but says he would love to see an Afro-Latino candidate: “If an Afro-Latin girl is presented, I’m supporting her from the front row, although I’m careful that this candidate does not end up being I “, he finished.