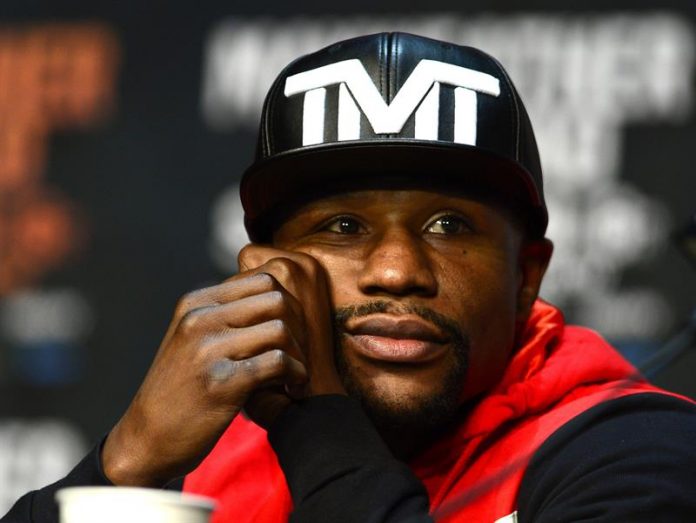 The American boxer Floyd Mayweather is the best-paid celebrity in the world in 2017-2018 thanks to his famous fight with Irish fighter Conor McGregor, who reported a good part of his 285 million dollars, as published by Forbes magazine today.

In his annual list of the 100 highest paid stars in the entertainment industry in the last year, Forbes places second in the actor George Clooney, who pocketed 239 million after the sale of his brand of Casamigos tequila to the Diageo liquor store.

With $ 166.5 million, Kylie Jenner, a member of the TV clan Kardashian-Jenner and owner of a cosmetics company, is the third highest paid celebrity, in addition to the first woman in the classification and the youngest (20 years).

Forbes points out that in the last 12 months, the celebrities have won more than previous years, and some more than others: together, they total 6,300 million dollars before taxes, an increase of 22% over last year, and eleven people They exceeded the 100 million barrier.

The fourth position is occupied, with 147 million, Judy Sheindlin, who acts as “judge Judy” in a television program in the USA. for 22 seasons and recently sold for 100 million its “library” of episodes to the CBS network.

More recognizable outside the borders of that country is the face of Dwayne Johnson, actor known as “The Rock”, who entered 124 million dollars in the last 12 months thanks to blockbusters like “Jumanji: Welcome to the Jungle”.

It is followed by two famous bands that have traveled the world with massive tours: in sixth place is the Irish U2 (118 million), which also released a new album; and the British Coldplay (115.5 million).

Complete the list of the first ten famous singer Ed Sheeran, who is ninth, with 110 million, and flanked by two great celebrities of the sports field: the Argentine footballer Lionel Messi and the Portuguese Cristiano Ronaldo.

Barcelonista Messi, eighth, obtained a profit of 111 million dollars, between salary and advertising contracts, against the exmadridista Ronaldo, who took 108 and is ranked tenth.

Not far from them, in the 13th place, the Brazilian Neymar, Paris Saint-Germain player, who entered 90 million and is behind Conor McGregor (99 million).

To McGregor, the 2017 fight with Mayweather earned him his highest check to date ($ 85 million), plus revenue from advertising contracts.

Among the athletes that make up the list stands out, in the number 82, the Spanish tennis player Rafael Nadal, whose prizes in the French Open and in the US reported him more than 6 million dollars. Adding advertising contracts and other revenues, reached 41.4 million.

The selection of Forbes artists from the musical world, from Bruno Mars (100 million) and Taylor Swift (80 million) to the Red Hot Chili Peppers (54 million) or Calvin Harris (48 million), including Jennifer Lopez (47 million) .

Other relatives of Kylie Jenner are also present, whom Forbes considered the “youngest self-made billionaire in history” when she gave an account of her total fortune, which amounts to 900 million and has generated in about three years.

Her sister, Kim Kardashian, also a cosmetics entrepreneur after a decade in “reality TV”, entered 67 million in the last year, while her mother, Kris Jenner, brain of “Keeping Up with the Kardashians” and manager of the sisters, Won 37.5 million dollars.