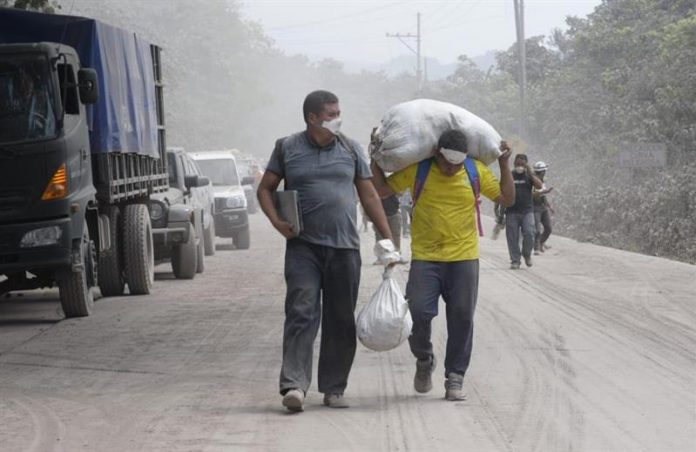 The Global Empowerment Mission (GEM) organization, formed by volunteers and dedicated to help in case of natural disasters, today sent to Guatemala a first team with 1,500 gas masks.

Michael Capponi, founder of GEM, which is based in Florida and was created in the wake of the earthquake that struck Haiti in 2010, stressed to local media before leaving from the Miami airport that they hope to meet with representatives of the Guatemalan government to learn in depth about the situation.

“You have to be on the ground to really understand the situation, every catastrophe is totally different and you have completely different needs,” he said.

It is a 48-hour mission basically for evaluation, but the volunteers who traveled today, including Roberto Baldwin, who was helping in an eruption of the same volcano in the 70s, said they are willing to do everything they can to help save lives during your stay in Guatemala.

The latest report of the National Coordinator for Disaster Reduction (Conred), corresponding to Tuesday, estimated at 75 the deceased and 192 disappeared due to the eruption of the volcano of Fire last Sunday.

Today, Efe confirmed the discovery of eight lifeless bodies in the rubble of the community of San Miguel Los Lotes, in the southern department of Escuintla, which was buried under thousands of tons of volcanic material.