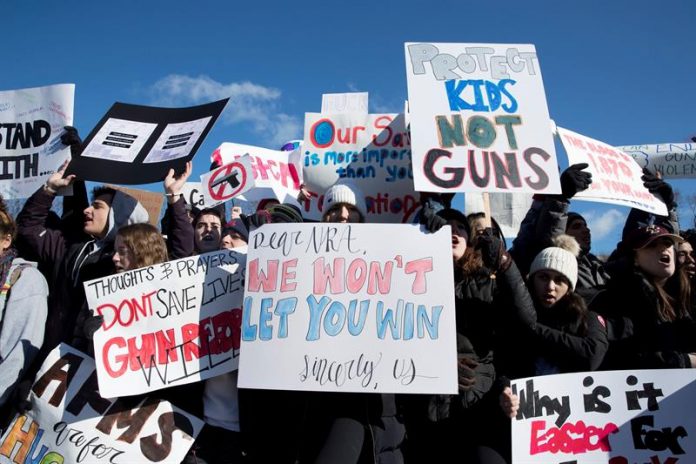 Thousands of people of all ages, led by a group of young people, said today in New York “enough” to violence caused by firearms, during a demonstration that had students, teachers and parents.

The “March for our lives” crossed the centeário bridge of Brooklyn led by young people carrying a coffin as a symbol of the lives that have claimed arms in schools across the country, which they then placed on the stage where the event was held in Manhattan, steps from the mayor’s office.

Many of the protesters, among whom were also survivors of gun violence, wore orange shirts with printed photos of victims and posters with messages such as “we can end the violence of arms”, “not one more” or “enough ”

During the event, organized by the Youth Over Guns of New York, which was joined by the Federation of Teachers and activists, the demand was again heard from Congress to legislate for greater control in the sale of weapons.

“I tell the members of Congress that it’s not my job to protect them, it’s their job to protect me”, is one of the messages from the group of organizers on their Twitter account, where the young people also published that “we want to enter our schools without feeling afraid ”

School shootings have killed young people and teachers. The most recent last May at a high school in Santa Fe, Texas, with ten dead and thirteen wounded.

Last February, in a school in Florida, the balance was 17 dead and added to a long list of events with weapons across the country.

“We have shootings every day in this country,” lamented one of the protesters to the NY1 channel while another said they want students and schools to be protected.