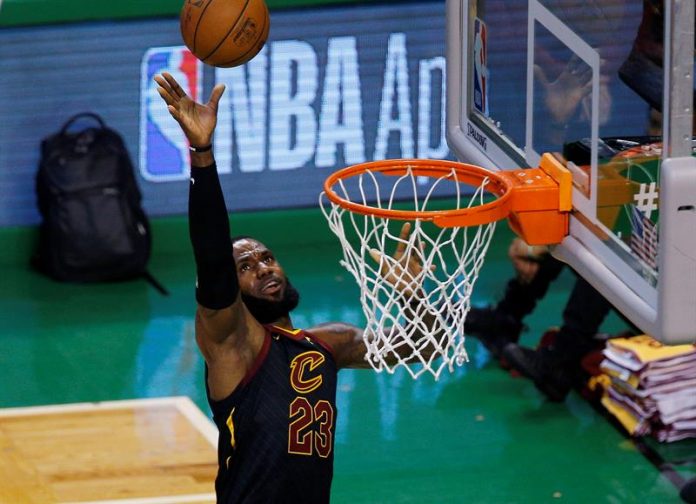 Golden State Warriors and Cleveland Cavaliers, the great rivalry of the NBA in the 21st century, lives from this Thursday its fourth consecutive episode in the Finals, this time with the Californians as favorites against a LeBron James before the biggest challenge of his career.

It is the first time in history, whether in the NBA, the NFL, the MLB or the NHL, that the Finals face the same teams for the fourth consecutive year. In the NBA, only on 12 occasions were the same rivals measured in consecutive years. There was not even a single confrontation for three consecutive seasons.

In 2015, the Warriors defeated the Cavaliers to win their first championship since 1975, and in 2016 Cleveland won the first title of its history after a historic series in which he rallied a 1-3 adverse. Last year, Golden State won five games to clinch its second Larry O’Brien Trophy in three seasons.

LeBron James is presented to his eighth consecutive NBA Final and the ninth of his career. Only five other players, all members of the Boston Celtics during the 1950s and 1960s, have reached at least eight NBA Finals.

At 33 and in his fifteenth season, James, with 100 games behind him this season, is in one of the best moments of his professional career – for some, the best – and has averaged 34 points, 9.2 rebounds and 8.8 assists in the qualifying rounds.

Before it has the experts consider the biggest challenge of his career: to take the championship to a staff with less quality than last year and largely modified mid-season (came George Hill, Rodney Hood, Larry Nance Jr. and Jordan Clarkson).

In addition, Cleveland could start the Finals without Kevin Love, suffering from a concussion.

Love, who missed the seventh game of the Eastern Final against Boston after hitting his head with Jayson Tatum in the previous match, did not contest the 2015 Finals because of a dislocation in his left shoulder.

But not only that. The Cavs, who fell 3-1 in the Finals last year, have since lost the other great bastion of James: the base Kyrie Irving, transferred to the Boston Celtics. His replacement, Isaiah Thomas, was a fiasco and he packed his bags to finish in the Lakers.

The options for those of Tyronn Lue go through to be employed thoroughly in defense and not to show their face of the regular season (the second worst of the League).

Another key lies in the success from long distance. Since Steve Kerr took over the Warriors in 2014, his team has lost only 20 games in the qualifying rounds and in 16 of them the opponent got better percentages than them from the triple.

Cleveland has not distinguished itself precisely by large percentages from the perimeter in these playoffs.

The Warriors, after a regular season in which they sometimes crashed, managed to beat the Houston Rockets in the Final of the West after going down 2-3, a result that could be overcome, in part, due to the low in the team Texan from the base Chris Paul.

The offensive of Steve Kerr, with Kevin Durant, Stephen Curry and Klay Thompson at the helm, is still deadly without shining as in recent times, but the defensive effort reached the decisive moments continues to scratch at great heights with Draymond Green as standard bearer.

To stop James the Warriors still do not know if they can count on Andre Iguodala, with discomfort in his left knee. In his absence, men such as Green or David West will be in charge of marking the star of Cleveland.

But the big question is who will deal with Durant. And with Curry. And with Thompson. And with Green. That is precisely where the doubts arise after the superhero cloak of LeBron James.