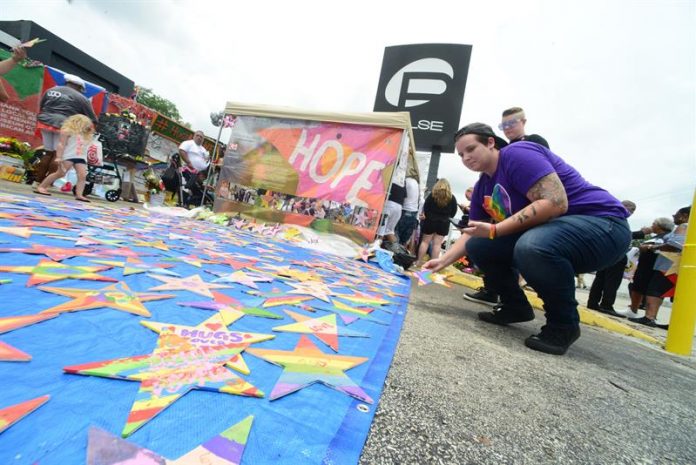 Noor Salman, widow of the author of the 49-person massacre at Orlando’s “Pulse” nightclub in 2016, Omar Mateen, was found “not guilty” today of all charges of collaborating with her husband by a jury in a Florida court .

Salman, 31, of Palestinian origin, was accused of cover-up, obstruction of justice and aid to a terrorist organization in the commission of a crime.

“Thank you, sir, she would not have to pay for the crimes, murders, committed by her husband,” said Al Salman, uncle of the acquitted, on leaving the court.

She said that what she wants most is for her to meet with her 5-year-old son. “He is the only thing she has, and I do not know how she’s going to overcome these two years” of incarceration.

Mateen shot and killed 49 people who attended a Latino party at the Pulse gay club on June 12, 2016 and, before dying by police fire, swore allegiance to the Islamic State (IS).

The family of Noor Salman recognizes that the community of Orlando is still in mourning and said they feel distressed by the victims of the massacre, although happy with the verdict.

“The verdict does not matter, nothing will close our wounds,” said Carmen Capo, mother of Luis Omar Ocasio Capo, one of the victims of the massacre, to the Orlando Sentinel newspaper.

“I am disappointed with the result,” said Jerry Deming, Orange sheriff and mayoral candidate for that county.

“I know that the victims and their families may feel that justice has not prevailed,” he added.

“Nothing can erase the pain we all feel at the brutal and senseless murder of our neighbors, friends, and family we love,” said John Mina, Orlando Police Chief.

If found guilty, the widow of Omar Mateen, a 29-year-old American of Afghan origin, could have faced a life sentence.

Salman’s defense had asked the court to dismiss the charges against her or to declare the trial void, as it was recently known through the prosecution that Omar Mateen’s father, Seddique Mateen, was an FBI informant.

However, Judge Paul Byron, of the Federal District Court of the Middle District of Florida, dismissed that request from the defense attorneys, who had alleged that the fact that the Prosecutor’s Office had not informed them of that particular from the moment it was filed. He opened the case against the widow Mateen has harmed his defense.

Salman’s attorneys told the court that Salman, who was always accompanied by her family during the process, was grateful for the results of the trial. efe