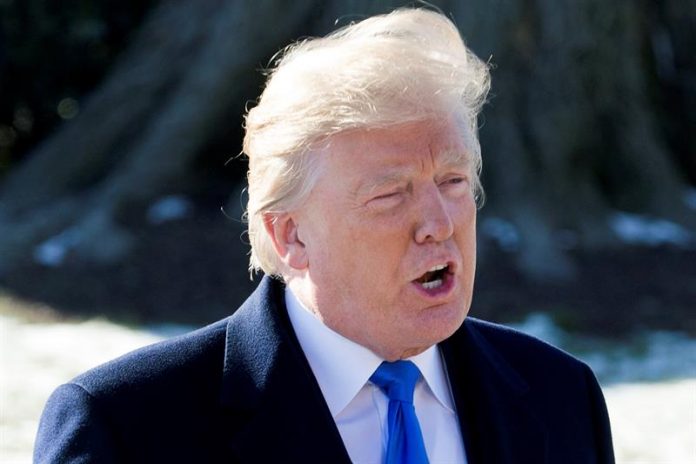 The government began today, on the first anniversary of Donald Trump as president, a partial closure for lack of funds, forced by the refusal of the Democrats to approve budgets that condition the regularization of about 800,000 undocumented youth.

Trump had planned to travel to Florida to celebrate the anniversary today with a big party at his Mar-a-Lago mansion in Palm Beach, but had to cancel the flight and stay in Washington before the possibility of an imminent closure of the government that finally materialized .

This is the first closure of the Executive since October 2013, when the then President Barack Obama faced 16 days of paralysis because of the blockade exercised by the Republicans.

Then, Obama sent more than 800,000 public workers – those considered “non-essential” – to their homes suspended from employment, closed museums and national parks and canceled experimental treatments at federal medical research centers.

The Government of Trump said on Friday that, this time, will try to minimize the impact on the American people, avoiding for example the closure of national parks.

However, the White House has already announced that it will dispense more than a thousand of its 1,715 workers and Pentagon chief James Mattis has said that some military intelligence operations are suspended pending funds.

The proposal that knocked down the Senate this Friday night provided funding to the government only until February 16, thus prolonging the period of negotiation between Democrats and Republicans for a final budget.

Beyond the pressure of the Democrats to the Trump government, the crux of the current closure issue is in the future of the nearly 800,000 undocumented youths known as “dreamers” or “dreamers.”

The legal status with which Obama endowed these young people expires on March 5, the date from which they can be deported after Trump ends the program that protects them (DACA).

The Democrats conditioned their support to the accounts to which Trump and the republicans agreed to regularize them, but these have not given their arm to twist.

Once the closure was completed, the White House issued a statement warning the Democrats that they “will not negotiate” the status of the “dreamers” to obtain new funds and that they will not sit down to talk about immigration reform until they unblock the situation.

“We will not negotiate the status of illegal immigrants while Democrats keep our legal citizens hostage to their foolish demands, this is a behavior of obstructionist losers, not lawmakers,” the White House statement said.

With the government closed, Republicans and Democrats have already begun a time trial negotiations in which both will try not to be before the American people as responsible for the situation of paralysis in which they have plunged the Executive.

The two parties are aware that they face elections to Congress in November and while Democrats do not want to risk the seats they stake, Republicans do not want to be seen as unable to manage their majority.

It is, in fact, the first time in history that a government closure happens with the same party, in this case the Republican, controlling the White House and the two legislative chambers.

The leader of the Republicans in the Senate, Mitch McConnell, has already begun the procedures to vote on a new proposal to finance the government until February 8, instead of 16, although it is not clear that it has the support of the Democrats .

For his part, Democratic leader Chuck Schumer said he and Trump had already negotiated an agreement on Friday afternoon, but accused the president of backing down under pressure from his party.

In the absence of more serious consequences to come, the Democrats have managed to ruin Trump’s celebration of his first year as head of the White House.