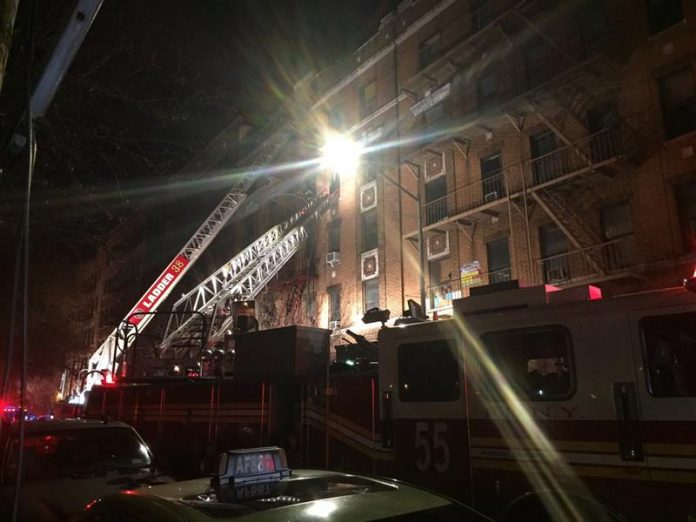 New York suffered today the most tragic fire in a quarter of a century that caused at least twelve deaths, according to official data, although the balance of victims may be greater because they were still looking for more people among the remains of the building.

The fire was registered in the Bronx district, with a strong Latino presence. At least one of the deceased is a child under one year, according to the mayor of the city, Bill de Blasio, told reporters at the scene of the event.

The deceased have ages between 1 year and 50, authorities said, but it is not known how many of them are minors. The identity of the people who were killed has not yet been facilitated.

“This is the most tragic fire we have seen in the city in at least a quarter of a century,” said the mayor, who was accompanied by officials from the fire department and the police.

“According to the information we have, is among one of the cases of loss of life due to a fire in many, many years,” added the highest municipal authority.

The fire broke out in the basement of a building on Prospect Avenue in the Bronx, at 187th Street, shortly before 7:00 pm local time (00.00 GMT Friday), according to the fire chief, Daniel Nigro

The firemen arrived at the site three minutes later and managed to put out the fire two hours after it started. To fight the flames, about 170 firefighters fought.

The fire spread quickly through the five-story building near the Bronx Zoo and reached the fifth floor. The victims were in different plants, said Nigro.

According to some witnesses, the flames began in a section of the building where garbage containers are kept.

De Blasio said the death toll is still preliminary, because an hour after it was checked, rescue teams were still working to find possible victims.

The mayor said that 12 people could be rescued. In addition to the deceased, there are an undetermined number of injured people, among them four in very serious condition who are fighting for their lives. 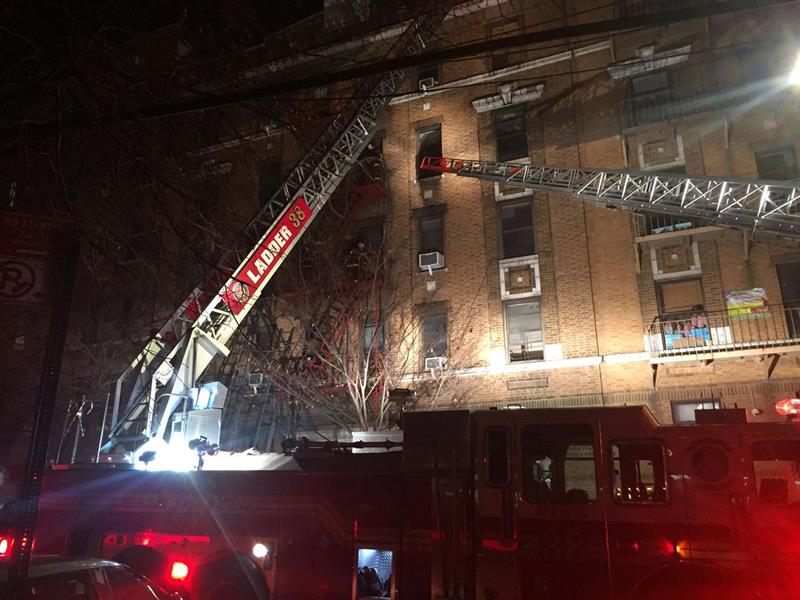 City officials said it was still early to know what might have set off the fire, but the tragedy occurred on one of the coldest nights of the year.

“This tragedy is, without a doubt, of historical magnitude,” said the chief of firefighters in New York.

De Blasio regretted that the incident was recorded on the Christmas dates. “Today, in the Bronx, there are families that have been destroyed,” the mayor added.