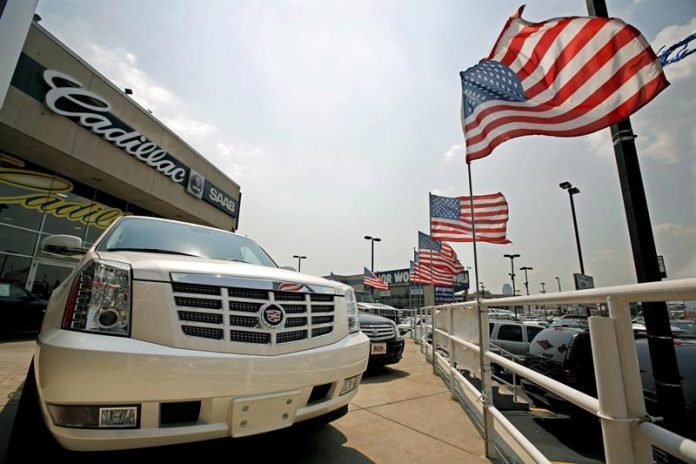 Sales of new cars in the United States will fall in December, according to industry analysts, who expect a reduction of around 6% compared to the same month in 2016.

The market analysis firm J.D. Power said today that it expects new car sales to stand at around 1.6 million units in December, some 100,000 fewer than in the same period of 2016.

Another of the firms in the sector, Edmunds.com expects similar figures, with the sale of 1.58 million vehicles in December.

“Car sales started off loosely in 2017 but have managed to finish at a pretty decent pace,” Jessica Caldwell, executive director of industry analysis at Edmunds.com, said in a statement.

For the whole year, Edmunds.com forecasts sales of 17.2 million vehicles in 2017, slightly less than in 2016, which was a record year for the sector.

“Although December sales were lower than a year ago, we expect them to be the largest by volume in 2017. Buyer traffic really increases once we get to the other side of Christmas parties when manufacturers strive to get sales before the end of the year, “Caldwell added.

J.D. Power also stressed that sales to individuals will be at 1.3 million vehicles in December, 2.6% less than a year ago.

King added that “the only concern remains the high incentives used to maintain current sales levels.”

According to J.D. Power, the average incentive expense per vehicle sold stood at $ 4,302 in December, the highest figure in history. (efeusa)