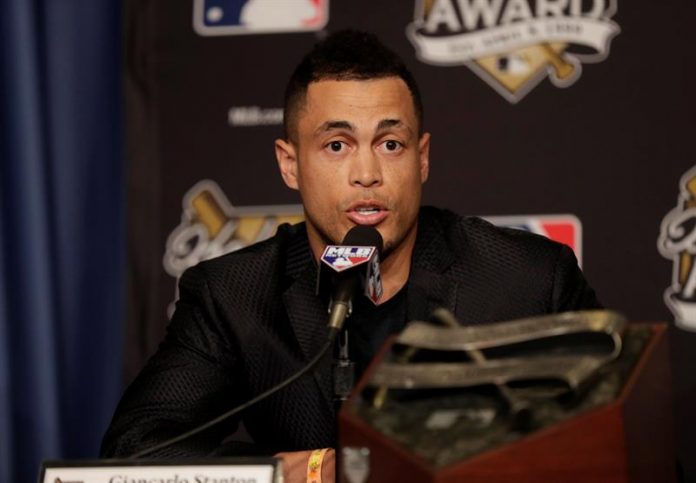 The Yankees, who also gave in exchange for Stanton to the young Dominican values ​​of minor leagues, right-hander Jorge Guzman and infielder Jose Devers, are scheduled to present Stanton this afternoon officially in Orlando, where they give the Meetings. Winter of the Major Leagues.

The transfer of Stanton becomes the second in the history of the Major Leagues that a reigning MVP winner changes team before the beginning of the next season.

The Yankees were also responsible for the first when, on February 16, 2004, they won the Dominican Alex Rodriguez, who was also the winner of the MVP award with the Texas Rangers, who received the Dominicans Alfonso Soriano and Joaquín Arias.

The other MVP to switch teams in the following season to win the award was Barry Bonds, who did it with the Pittsburgh Pirates in 1992 and then came to the San Francisco Giants as a free agent before the 2003 season.

He was also named to his first All-Star Game in the American League, his fourth overall designation (2011, 2012 and 2014) was with the Cubs of Chciago in the National League.

Castro arrived at the Bombers of the Bronxs in December 2015 from the Cubs on transfer by right-hander Adam Warren and a player to be named later, who was Brendan Ryan.

The right came to the Yankees from the Houston Astros along with right-handed pitcher Albert Abreu in transfer by receiver Brian McCann in November 2016.

Devers, 18, was originally signed by the Yankees as an international free agent on July 2, 2016.

The shortstop who hits the left-hander made his professional debut in 2017, with a .245 average (45-in-184) with 21 runs scored, 9 doubles, 3 triples, 1 home run, 16 RBIs, 18 tickets and 16 stolen bases in 53 combined between the team of the Yankees of the Dominican Summer League and that of the League of the Gulf Coast.