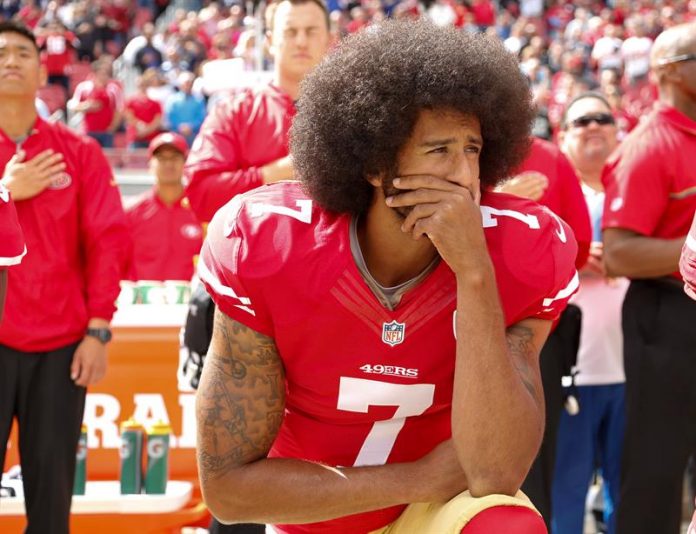 Field quarterback Colin Kaepernick was honored with the Muhammad Ali Legacy Award on Tuesday night, when the former San Francisco 49ers said “with or without an NFL team, I will keep working for the people.”

The presenter of the ceremony was the singer Beyonce, who said she was “proud and humble” to present the evening and the prize given to “ex-athletes and sports figures who embody the ideals of sportsmanship, leadership and philanthropy as vehicles to change the world. ”

Beyonce said that “Colin took action without fear of repercussions, I just hope to change the world for the better, change the way we treat each other, especially people of color.”

Kaepernick was the first player to kneel during the national anthem since last year’s preseason in protest of what he called racial inequality and police brutality.

That type of demonstration has been continued by a series of players, and President Donald Trump said that the owners of the teams should fire those who act in that way.

Kaepernick separated from the 49ers in March and has not been signed by another team.

Kaepernick was also recently honored by the ACLU of Southern California with the Eason Monroe Courageous Advocate and was named “Citizen of the Year” by GQ magazine for his social activism.