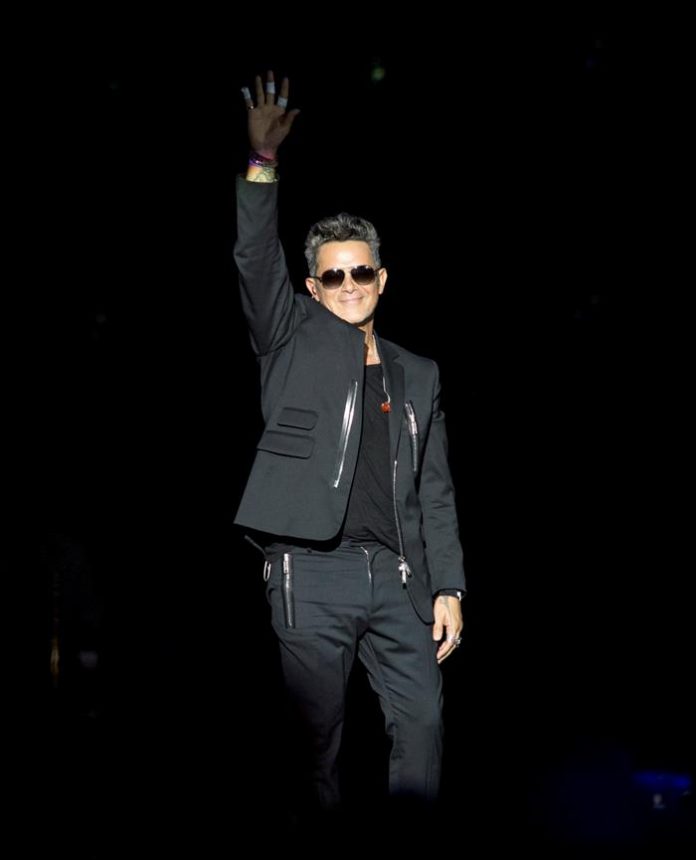 Excited and very honored before such a special distinction, Alejandro Sanz, who will receive the Person of the Year award as part of the Latin Grammy Awards on Wednesday, assured Efe that the award is an extraordinary proof of the love that his fellow musicians have for him.

“It’s something very nice and I’m very grateful because I know it’s a demonstration of love and companionship,” he said in a telephone interview.

“And, for this time, I’m going to carry out the orders and I’m going to sit down to enjoy,” he said laughingly, noting that everything is being organized under the greatest secrecy to be a real surprise.

The Person of the Year Gala, which takes place a day before the Latin Grammy Awards, recognizes the successful career of a Latin music figure, as well as its philanthropic activities, and in previous editions it has starred stars like Marc Anthony, Shakira, Miguel Bosé, Gloria Estefan, Vicente Fernández, Juan Gabriel or Joan Manuel Serrat.

On this occasion, a spectacular list of artists will take the stage at the Mandalay Bay hotel in Las Vegas to honor and reinterpret the themes of Alejandro Sanz, including Luis Fonsi, David Bisbal, Natalia Lafourcade, Juanes, Camila Cabello, Mon Laferte , Alejandro Fernández or Juan Luis Guerra.
“It shows a lot of enthusiasm in the people and is the most important Grammy that your classmates can give you,” said Sanz.

“I’m looking forward to seeing the versions, how the songs travel in the voices of each of those artists who are there, who are very talented people.

To see which landscapes they take and what the songs also bring to them, “he said.

The Spanish artist also praised that it is a “purely musical” gala, regardless of the media or the public, and confessed that it causes a certain “blush” to see so many comrades “who want to be there and who do it with a very nice affection “.

The Person of the Year award also unites, in some way, Sanz’s success on both sides of the Atlantic to become an emblem of Hispanic music of recent decades, a triumph that, nevertheless, took him dedication and courage to do not settle only with your Spanish audience.

“Realize that I have been coming to America for 20 years and that I have as many friends in Spain as here, they are a fundamental part of my life,” he explained.

“One thing I did from the beginning, and that I always tell many younger colleagues, is that when you go to a country you have to get involved, learn from their humor, their idiosyncrasy, how they see things, what hurts them and what do you find funny?

All that is very important because that is how the trip is enjoyed. The other is a meaningless coming and going, “added Sanz.

However, the singer does not forget that the beginnings in America were not simple: “At first it cost, in Spain I had already sold many albums and gave concerts, but I came to Latin America and nobody knew me.

I had to start from scratch. It was again to go down to play in shopping centers on top of a tarimita of a span of high with children running over. It was not an easy road. ”

“But, well, in the end the reward is this: that I have a lot of houses, a lot of families and people who love me in places where I can return and continue communicating with my music,” he finished.

Sanz, who at the 40 Music Awards held last week in Madrid asked society not to be defeated by hatred, wanted to be optimistic this time beyond the “convulsive times” we are going through.

“Miracles also happen every day, every day there are people who work in foundations and in NGOs who dedicate their lives exclusively to making the lives of others better, and a song is a small miracle as well.

It gives you those minutes of relaxation, of separating yourself from the most material and the most primitive to really connect with your innermost being, “he said.

Finally, and after a 2017 in which he celebrated the twenty years of his classic album “More” with a spectacular concert at the Vicente Calderón stadium in Madrid, Sanz said that he has not lost the essence of that kid who played the guitar in Moratalaz

“From him I have a couple of sentimental debts, a couple of holes in my pocket and the same desire to keep going, and, well, this is what I decided to do and for now it has gone well,” he said.

Alejandro Sanz will receive the Person of the Year award this Wednesday in Las Vegas, one day before the 18th edition of the Latin Grammy in which the Puerto Rican Resident, with nine nominations, starts as the main favorite.