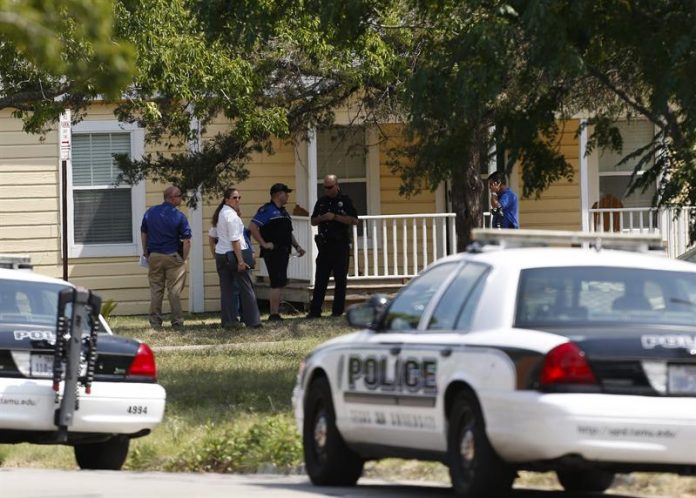 A Hispanic nanny in San Antonio, Texas, was arrested on Sunday accused of beating two children in her charge with an aluminum baseball bat and locking them in a garbage-free garage, local media reported.

Texas Hispanic Nanny Is Arrested For Hitting Kids With Baseball Bat
A Hispanic nanny in San Antonio, Texas, was arrested on Sunday accused of beating two children in her charge with an aluminum baseball bat and locking them in a garbage-free garage, local media reported.

The 38-year-old woman, identified as Marissa M. Cano, is also suspected of abusing another eight-year-old boy from the same family, who left her children with her very regularly.

Bexar County sheriff, whose capital is San Antonio, Javier Salazar, explained that authorities were alerted by the call of a 15-year-old boy from a local restaurant, which he arrived after escaping from Cano’s house.

According to the arrest warrant, the minor had several wounds throughout his body in different states and was at a weight -32 kilograms- “severely inferior” to his ideal weight.

The teenager told authorities that the nanny regularly beat him and his two brothers, aged 8 and 17, with an aluminum baseball bat and punished them in the residence garage without food.

“They made them go hungry as if they were animals,” said San Antonio Express-News Sheriff Salazar, who reported that the minors explained that the nanny sent them there when they did “something wrong”, a fact that indicates that this was ” their way of life. ”

The authorities pointed out that the parents of the victims do not live in the San Antonio area and that, for that reason, the young people were left at Cano’s house in the usual way.

At the moment, the nanny faces two counts of aggravated assault with a deadly weapon, whose penalty is two to twenty years in prison with a bond of up to $ 10,000, according to the Texas penal code.