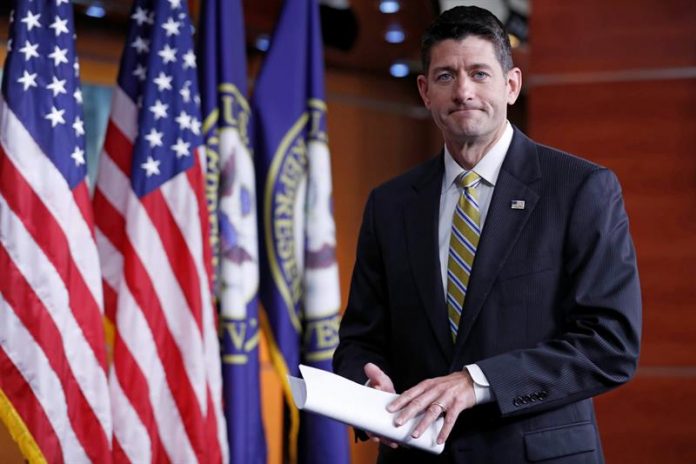 House Speaker Rep. Paul Ryan said today that Congress “is working” with Donald Trump’s government “to ensure that the necessary resources arrive” in Puerto Rico following the devastation left by the hurricane on the island Maria.

“The stories and images coming out of Puerto Rico are devastating, Congress is working with the Administration to ensure that the necessary resources reach the territory of the United States, and our fellow citizens in Puerto Rico remain in our prayers as we make sure they have the they need, “Ryan said in a brief statement.

Citizens, organizations and authorities have shown their discomfort at the lack of reaction in the response to the catastrophe by the US Government, a country to which Puerto Rico belongs as a Commonwealth.

Executive Director of the Federal Emergency Management Agency (FEMA), Brock Long, will travel to the island today to examine the damage caused by Hurricane Maria on it and the US Virgin Islands.

He is also scheduled to travel to Puerto Rico, as well as Ryan himself, but many have tampered with the multimillionaire’s lack of commitment compared to, for example, Texas or Florida, also affected by cyclones.

Five days ago, cyclone Maria, with winds of 250 kilometers per hour, lashed the island for about six hours and emerged from it a little weakened, with category 3 (from a maximum of 5 on the Saffir-Simpson intensity scale).

One of the major impacts of the hurricane affected the power line, since Puerto Ricans were left without light on 100% of the island and the total recovery of the run can take months.

In addition, Puerto Rico has lived for years a deep financial crisis, with a debt that surpasses 70,000 million dollars.

As part of that debt reduction, Congress approved the Puerto Rico Law on Supervision, Administration and Economic Stability (Pledge) in 2016, creating a Fiscal Control Board to oversee the coffers of the Puerto Rican Government.

Given the impact of Maria, the Board allowed the local Government to use $ 1 billion of its budget for services related to the ravages of the hurricane.