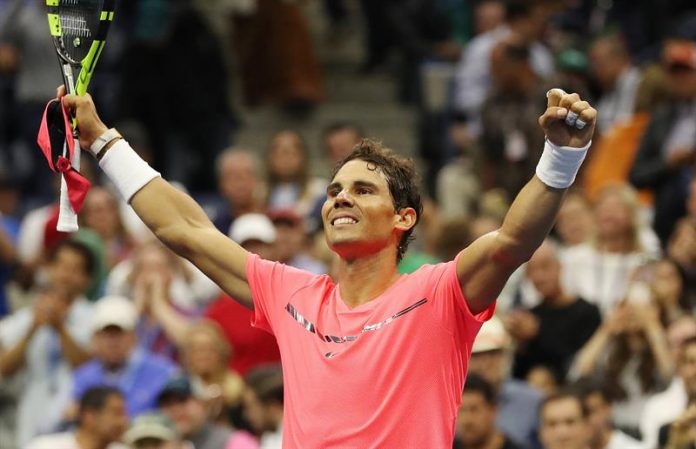 The Spanish tennis player Rafael Nadal achieved his passage to the US Open semi-finals on Wednesday after beating Russian Andrey Rublev 6-1, 6-2 and 6-2 in an hour and 37 minutes.

Nadal, seeded number one in the last Grand Slam of the year, will face in the semifinals to the winner of the party that later will dispute the Swiss Roger Federer and the Argentine Juan Martín del Potro.

“It’s going to be very difficult (semi-final), but the energy of this track is very special, I have a great connection with this audience and I hope it’s a great match on a magical night,” said the current world number one the match.

When asked if he will see the quarter-final match between Federer and Del Potro later, he joked that he was “late supper” in Spain and as they play at night he will be “having dinner”.

“It’s a game that I want to see, of course I’m going to pay attention, they are two great players and it will be a great show,” added the Mallorcan tennis player.

Regarding a possible duel in the semifinals against the Swiss tennis player, Nadal assured that it is “a bit strange” because although they have crossed in many other tournaments they have never faced in the Open of the United States.

“It’s something we miss, and it would be much more special if it could be in a final, but it’s not possible this time, so we’re going to try to come back another year and achieve it,” he said.

Nadal highlighted the importance of his victory today and said it is “great news” because he achieved it again in three sets, in an “exciting” year in which he is playing “very well” in almost all tournaments after the injuries.

“So I am very happy to be back in the semi-finals here in New York, before this public, and thank you very much for your support,” he concluded.

Nadal, seeking his third title in the US tournament after winning it in 2010 and 2013, is in a semi-final in New York for the first time since winning his second crown in the season’s last Grand Slam.