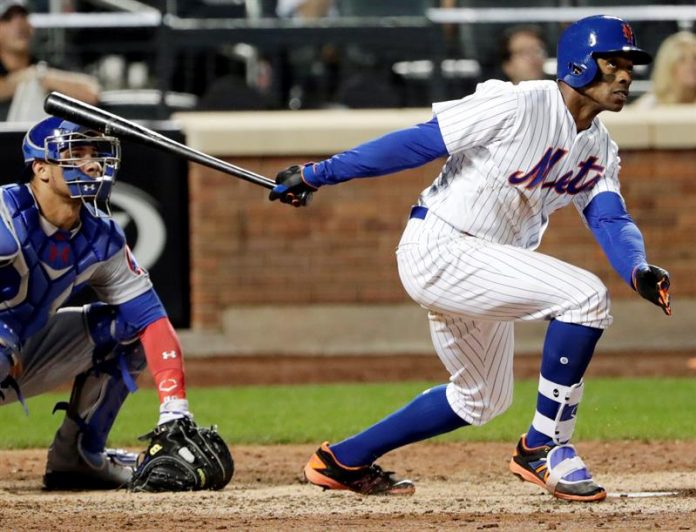 The timely batting of the Washington Nationals allowed them once again to win the victory against the New York Mets in the NL East Professional League bout.

Ryan Raburn produced the lead with two outs in the bottom of the ninth for the Nationals to survive another bullpen collapse in a 3-2 win over the Mets.

Curtis Granderson had tied the game with a two-run homer with two outs against reliever Matt Albers (4-1).

Granderson’s homer came after Michael Taylor had a two-run homer in the bottom of the eighth to open the board.

Matt Wieters traded base to open the ninth on Paul Sewald (0-3) and advanced to the middle for a touch of sacrifice, before reaching the third with a deep Adam Lind.

After a dribble to Stephen Drew, Raburn hit a loose ball in left field against Mexican reliever Fernando Salas.

The Cuban Yoenis Céspedes was launched by the ball but could not reach, which allowed Wieters to score without a hitch the race of victory.

Nationals left fielder Brian Goodwin kept the lead in the top of the eighth chapter by putting out Brandon Nimmo, who attempted to score from second in the unbeaten Jose Reyes.

The Venezuelans Manny Piña and Orlando Arcia shot three hits each within the 8-1 thrashing of the Milwaukee Brewers to the Baltimore Orioles in interleague play.

With a 7-0 lead in the second, Brent Suter (1-1) hit eight strikeouts in six innings, giving up a dirty run and four hits, all singles.

The 27-year-old left-hander made his second start in the majors, replacing the injured Chase Anderson (left oblique) in the rotation.

Wade Miley (3-7) allowed seven runs, seven undisputed and walked two in one inning and two-thirds work. His effectiveness soared from 4.54 to 5.20 after the Brewers’ beating.

Arcia scored from first baseman after the single to the picture of Suter in the third.
Suter hit with a touch and connected a boat roll to shortstop. Suter overcame the shot from Panamanian shortstop Ruben Tejada and Arcia slipped in third before a very high shot from first baseman Trey Mancini.

In the intense sequence, Arcia passed the base and went straight to the plate, getting caught between pitcher Jimmy Yacabonis and Dominican third baseman Manny Machado, who had to dodge third-base coach Ed Sedar.

Jacabonis returned a shot to Machado, while Tejada and the Dominican receiver Welington Castillo came close to the plate, with the shortstop catching the shot. Arcia could find enough space to touch the rubber of the plate.

Again Latin American batting protagonism with the Brewers after Arcia went 4-2, one scored and one impelled; Pineapple 4-3, three RBIs and compatriot Jesus Aguilar 2-0, one run scored and one RBI, while Dominican Santana went 4-2, two runs scored.

San Luis scored four runs in the first and seven in the third, heading to an 11-0 lead. Voit added a two-run homer in the eighth, for the Cardinals’ fifth win in six games.

Miami starter Jeff Locke (0-5) allowed 11 hits and 11 earned runs in two innings and two-thirds of work he had from the mound.

Once again, the timely batting of veteran Puerto Rican catcher Yadier Molina was felt to go 3-3 with a run and three RBIs.

While the Marlins, the Latin batting was put by Marcell Ozuna of 5-1, one annotated and three impelled and Martín Prado Martinez of 3-1, a annotated one.

Rupert Tapia, a rookie from the Dominican Republic, was left to a single to complete the cycle, Charlie Blackmon fired a solo homer after announcing that he will participate in the All-Starr Home Run Derby and the Colorado Rockies beat the Cincinnati Reds 5-3.

Tapia broke the tie with a swing in the sixth in the return of the Rockies to his stadium after accumulating a visiting foil of 1-8 worthy of oblivion.

Nola (6-5) threw four undisputed points and none until Jordy Mercer hit a double by the left fielder with two outs in the fifth. The Dominican relievers Joaquín Benoit and Héctor Neris completed the work of four hits.